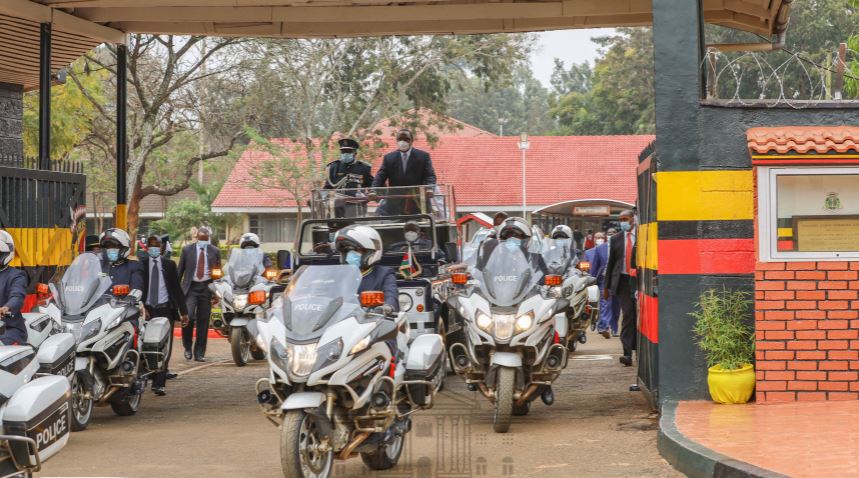 President Uhuru Kenyatta has instructed new recruits into the Kenya Prison Service to offer services that help reform the offenders without stigmatization and undue pain.

The President said as young people, the new officers will succeed and become great in their chosen career if they define their purpose early and serve in a just and fair manner.

“And as we graduate this cohort of 3,000 young men and women, and admit them to be custodians of our incarcerated, I want to instruct them on Purpose, Justice and Fairness. These are the three ingredients that make a Great Nation,” the President said.

The President rallied against the use of retribution, punishment, condemnation, stigmatization and pain on offenders saying Kenya Prisons must mainstream restorative justice in their reform role.

“It is not about punishing the prisoner, condemning and stigmatizing him with painful methods. It is about repairing his humanity and restoring his God given goodness.

“And as we commission you as new recruits into the National Prisons Service, I want you to embrace this emerging order of restoration as opposed to the colonial relic of stigmatization of wrongdoers,” the President told the 3000 officers.

He advised the recruits to find their purpose early enough and work towards being solution providers so as to be effective and grow in their new role.

“As young people, you will need to find meaning in your work. But for you to do so, you must find purpose in your calling.

“An effective officer with purpose is one who solves problems. And if you become a problem solver, success will certainly follow you inevitably,” President Kenyatta said.

The Head of State cited several officers from the prison service who’ve made great achievements over the years by finding their purpose in life. 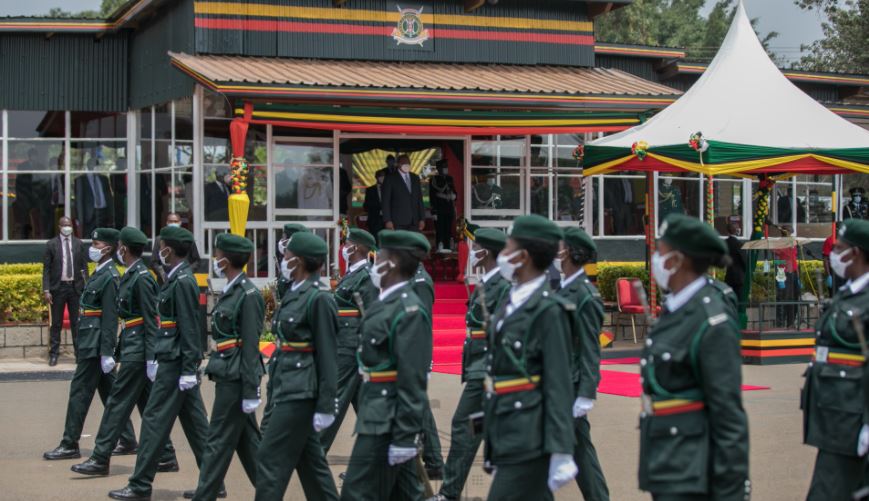 Among those cited by President Kenyatta is athlete Catherine Ndereba who won the Boston marathon a record four times and went on to become the world record holder in the women’s marathon in 2001.

On prison reforms, the President applauded the leadership of Kenya Prisons for several achievements among them the establishment of an automated vehicle number plates production facility.

He said the new production facility will not only guarantee security and quality of motor vehicle registration plates, but also promote local production and manufacturing.

“Your manufacturing and innovation efforts have maintained a standard that is unparalleled in our country. A standard I would want you to replicate in other sectors of this country under our Nation’s “Big Four” Agenda,” the President said.

The Head of State commended the prison service for its use of technology and partnerships to stump out mobile phone scammers.

“Working with private institutions, you have built an enhanced surveillance system, complete with phone jammers and CCTV cameras in all our major prison facilities. With these innovations, the common scam of “kupokea simu ya Kamiti”, will be a thing of the past,” he said.

The President congratulated Kenya Prisons for its growing financial fortunes and noted with satisfaction that the agency’s revenues had shot up from Ksh.2 million to over 700 million in under a year.

In his remarks, Interior Cabinet Secretary Dr Fred Matiang’i informed the Head of State that prison reforms initiated in 2018 were on course.

The Interior CS said the Department of Correctional Services led by Principal Secretary Zeinab Hussein had completed all stalled buildings, had grown Prisons enterprises productivity by 35 percent and will soon recruit 250 cadet officers to join the Kenya Prison Service. 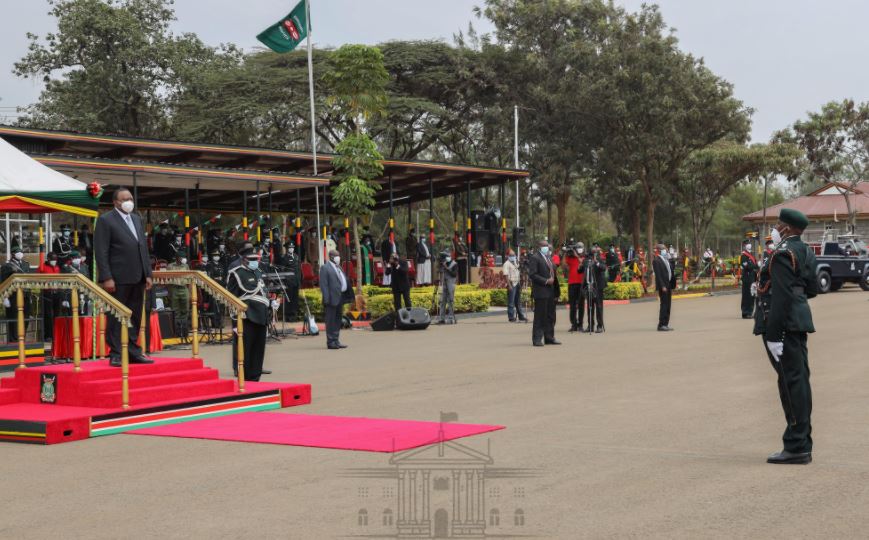