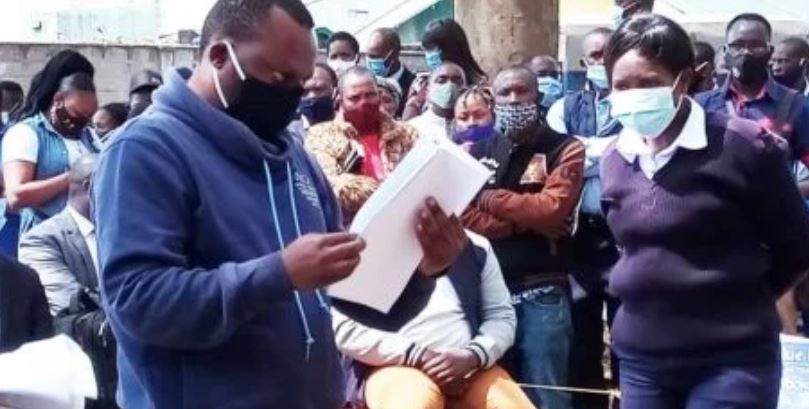 A man was presented before the Kibera Law Courts Tuesday for stealing Ksh430,000 from a businessman who had just withdrawn the money from a bank along Mombasa road.

In an affidavit in court, DCI detective Samuel Macharia said the suspect was captured on CCTV trailing Nyambane and parking his car beside the victim’s car outside Naivas Supermarket in South C.

The complainant had gone to meet his wife and left the money inside the car as they went shopping. Imbai and an accomplice then broke into the car and stole the cash.

Mr Nyambane’s wife later returned to the car and found the window had been broken.

“The CCTV shows the respondent breaking into the complainant’s car and stealing a brown envelope with the cash in it,” detective Sergeant Samuel Macharia said.

The detective asked to hold the suspect for seven days to conclude investigations. He said he is looking into the suspect’s phone to establish who he was in communication with prior to the incident.

The court granted the order, Njumbi will be held for a week at the DCI head offices in Nairobi.

John Waluke’s Wife Gets Ksh360K From Well Wishers But Regrets Starting Pay Bill Fundraiser < Previous
The Top Stories on the Internet Today (Thursday August 6) Next >
Recommended stories you may like: