Police Uproot Marijuana Worth Ksh200K At A Residential Plot In Isiolo 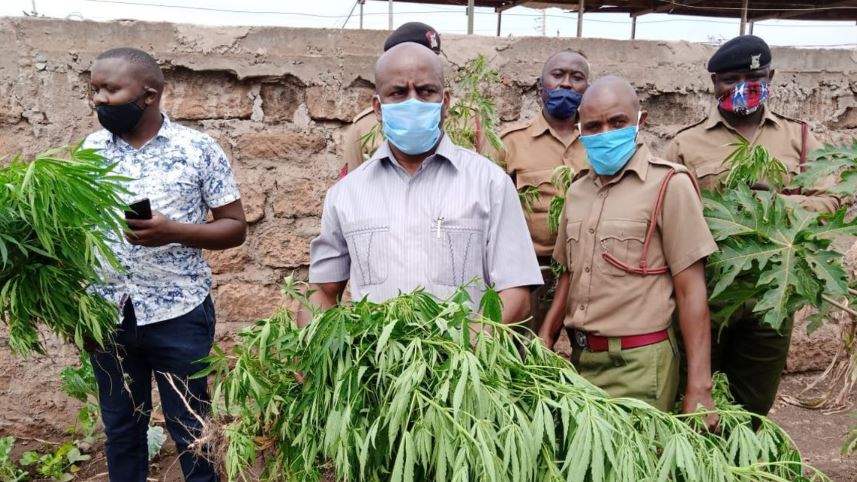 Isiolo County authorities on Monday seized marijuana worth Sh200,000 from a farm in Isiolo town.

Acting on a tip-off from members of the public, Commissioner Herman Shambi on Monday led a team of police officers in a raid at the farm within a rental plot near Waso Primary School.

Shambi said the marijuana plants were growing among kales as he led the officers in uprooting the illegal cannabis plants.

A suspect, only identified as Kathurima and who works as the caretaker, jumped over a wall and escaped from police.

“We are committed to eradicating use of drugs and illegal substances. Bhang growers should know their days are numbered,” Mr Shambi said, adding they were pursuing the caretaker.

The commissioner further urged landlords to do background checks on the caretakers they employ and install CCTV cameras at their properties.

“The tenants never knew it was bhang. The caretaker watered them daily together with the kales,” he said.

Shambi said residents will be educated on the physical appearance of the plant so as to report to the police when they come across them. 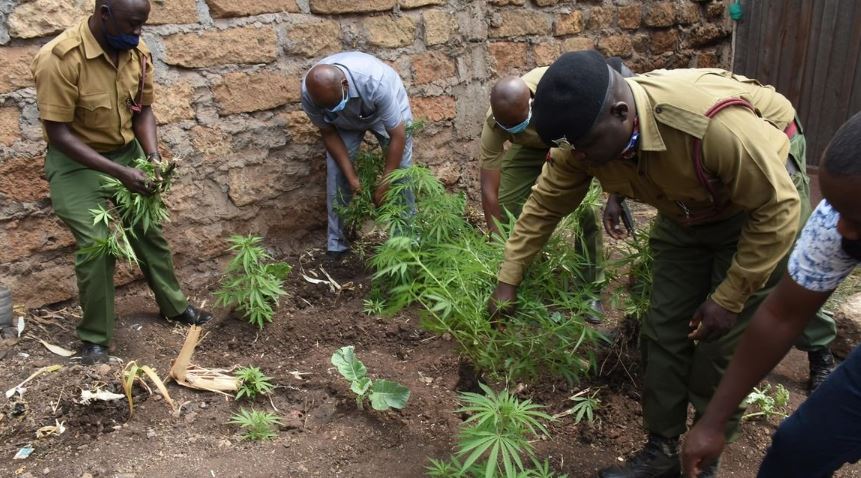 The Trending Images This Tuesday < Previous
Man Kills Wife’s Lover After Catching Them In The Act Next >
Recommended stories you may like: