Governors: We Won’t Hesitate to Lock Down Counties If Covid-19 Infections Persist 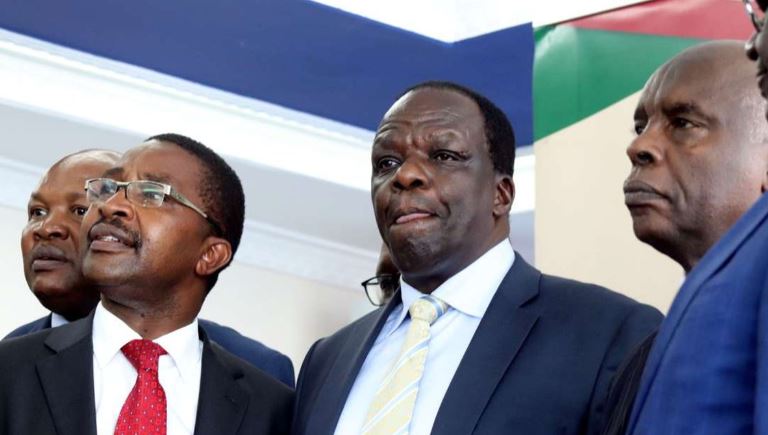 The Council of Governors has expressed concern over the soaring number of COVID-19 infections since President Uhuru Kenyatta lifted the cessation of movement order.

In the 10 days since then, 3,588 new infections have been recorded which has been attributed to the movement into and out of the Nairobi metropolitan area which is now a notable epicenter with more than 55 percent of the total 11,252 cases nationwide.

COG Chairman Wycliffe Oparanya noted that the statistics are worrying and warned that county bosses will not hesitate to lockdown their devolved units if the situation deteriorates.

“In the event that the situation gets dire, individual County Governments will have no choice but to in consultation with President Uhuru Kenyatta seek to lock down the affected County to contain the rapid spread and protect lives,” said the Kakamega governor.

Oparanya further condemned the ignorance and reckless behavior portrayed by some Kenyans especially those partying in bars.

At the same time, Oparanya said counties are fully prepared with a total of 271 isolation centers and 12,034 beds that have been set up. There are also 447 ICU beds as well as 437 ventilators.

Counties have cumulatively trained a total of 23,280 healthcare workers as well as 64,283 community health volunteers.