Kenyans React to Minister’s Push to Ban Pornography in Kenya 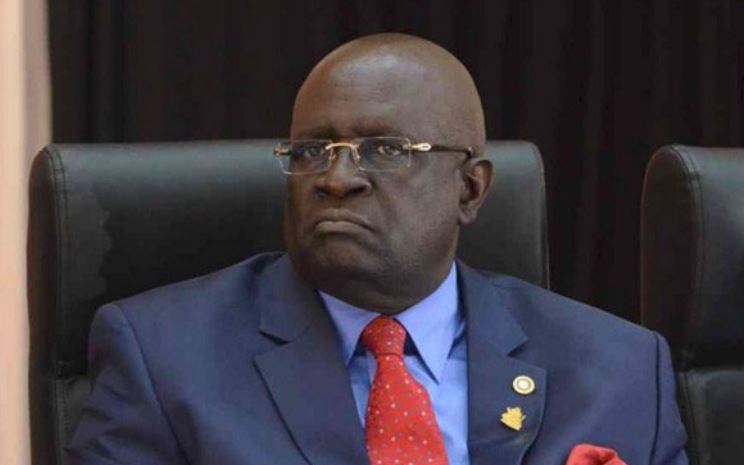 Speaking in Nakuru County Thursday, Prof. Magoha said he will lobby the President to formulate a law to block pornographic content from being accessed in the country.

“I’m going to lobby the Cabinet and by extension his Excellency the President so that they consider blocking content related to pornography from being accessed by all and sundry in this country,” Magoha said.

“You see when you are not thinking about sex but someone opens a pornographic page then you start thinking about it and generating ideas. Why is that site accessible in Kenya? Who needs it?” posed Magoha.

“Don’t tell us because it is accessible in the US that it should be accessible here. There many countries in Africa and Asia that have blocked it and their culture is better.”

At the same time, Prof Magoha disputed a recent report indicating that about 4000 school girls across the country aged below 19 years have been impregnated between January and May this year.

The report was released Tuesday by the Children’s Department Technical Working Group during the Day of the African Child celebrations.

Cs Magoha dismissed the figure as obnoxious. “I would like to interrogate the rate of the pregnancies because they look obnoxious. I am asking myself as a professor, did these girls go and report that they are pregnant? Who is giving us these figures because they seem to be definitive? Could some NGOs who are keen on pushing sex education be using these exaggerated number,” posed the CS.

On the proposed ban on pornography, Kenyans faulted Magoha over what they termed as a retrogressive policy on teenage sexual health.

One Martin Mmuji said: “It’s not about pornography. Parents have failed to be responsible.”

A fourth commenter, @Guevara_Ke, blasted: “This fool is a clear reason to conclude Education is overrated… Sex will definitely happen, it’s a basic need. What he should be raising is for safe sex practice as well sex education in our school. Its time! This generation has been affected so much by mass Media.”

“There are many other underlying issues, for instance, tougher penalties for those who prey on minors,” Honey Di observed.

While Ranga Shah echoed the calls for more parental responsibility saying, “I personally don’t think pornography is the reason our young girls get pregnant…are our parents, caregivers and grandparents taking care of these young girls really?”

One Samuel commented: “I totally agree with the CS. The numbers are exaggerated to push a certain agenda by the author of the so-called survey. They should tell us where these pregnancy tests were called out. The aim is to make it look so bad that we introduce sex education in our schools. That’s my take Kenyans be on the look out and you will bear me out. Take the example of Kakamega county with 17000 girls, meaning there is no other activity that is going on there among the girls. They should give us where in Kakamega they did all those test and the names of school where these girls were schooling.”

Another internet user, identified as elephant memory, said: “Empty-skull policies that don’t address the problem. A teen raging with hormones doesn’t need videos to get ready for the occasion. Hell they don’t even need to be awake to releave the steam. Teens (male or female) get funny dreams at night and finish everything within the dream. What can help teens is:

1. Have parks and playing fields within neighborhoods where they can play and expend energy. This takes their time too.

2. Education to understand their bodies and how to control them.

Another commenter, Its Jaymo, wondered: “How is this guy a professor? You know what, let’s ban all vehicles on our roads because they cause accidents and kill people.”

“CS Magoha is a proof that one can be a professor but still an idiot. Education isn’t the key to intelligence,” said Tonny.

“Most pregnant teens don’t even have phones. Most of them are being taken advantage of for simple reasons such as lack of food. What’s wrong with this country though?” Sesyline posed.

President Kenyatta: Kenya-US Trade Deal Will Be A Win For Africa < Previous
Things to Know About Podcaster, Blogger Mwende Ngao Next >
Recommended stories you may like: