President Kenyatta: Kenya-US Trade Deal Will Be A Win For Africa 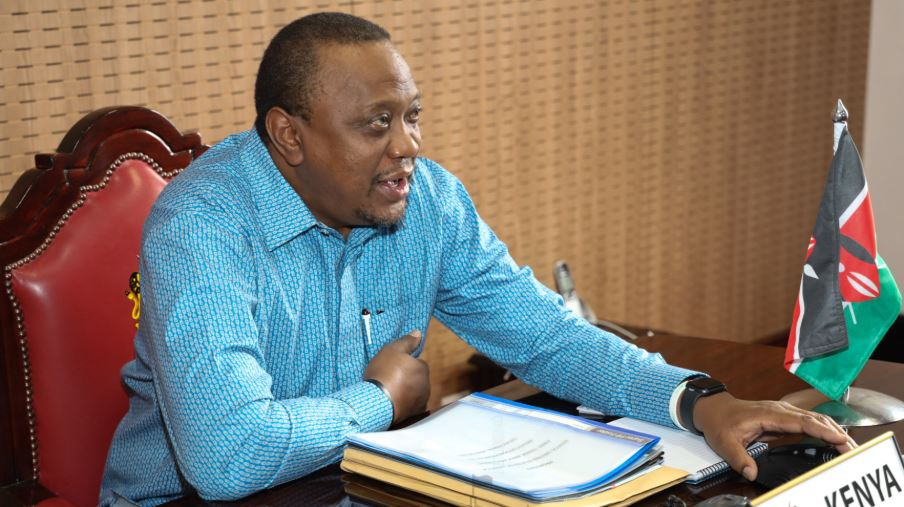 The President said Kenya’s trade deal with the US will instead assist the continent by creating a reference upon which other African nations will negotiate bilateral arrangements within the AfCFTA framework going forward.

“Kenya will be the first under the new AfCTA so we are going to be trailblazers in this and we hope that others will also follow through,” President Kenyatta said.

President Kenyatta spoke at State House, Nairobi during a webinar hosted by the Atlantic Council under the theme,” strengthening US-Africa ties through trade”.

The Atlantic Council is an American think tank whose mission is to promote constructive leadership and engagement in international affairs. It regularly hosts world leaders to discuss subjects of public interest.

The President said an FTA between the US and Kenya would reposition Kenya as a gateway of American investments into Africa.

“The essence of an FTA is investment. Ultimately, I believe, Americans themselves will be able to say, why can’t we just invest in Kenya and not only take advantage of Kenya but the region,” the Head of State said.

In the negotiating the FTA, the President said Kenya is going for a win-win arrangement that will benefit both Kenya and the US.

“We believe that all trade negotiations are based on a win-win. We believe that’s the intention of the United States just as much as it is our intention,” he said.

Commenting on Africa’s response to the Covid-19 health crisis and the recent China-Africa Summit, the President said Africa’s foremost concern is to protect its population from the virus.

“Coronavirus is mainly a health issue and our key focus is ensuring that we keep our people safe,” the President said. 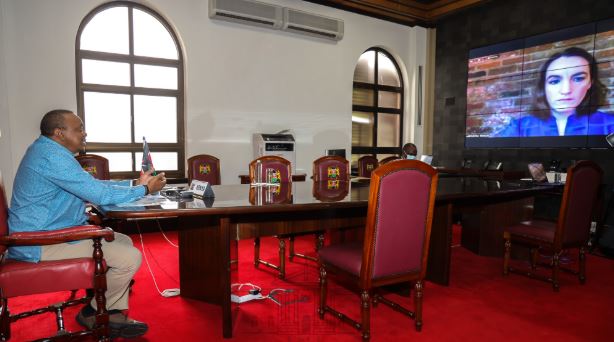 On the negative economic impact of Covid-19, the President Kenyatta said Kenya and several other African countries working under the auspices of the African Union had put together stimulus packages to support sectors that are badly affected such as tourism and aviation to cope.

He however reiterated the African Union’s call for more international support to the continent especially in freeing up of finances the continent needs to respond to the pandemic.

“Without a doubt, Kenya like many African and global countries, we are also under fiscal pressure. We need fiscal space so that we are able to re-engage,” President Kenyatta said.

Uhuru also spoke about Kenya’s Building Bridges Initiative (BBI) saying the process is meant to create national cohesion by resolving some of the deep seated challenges including the country’s divisive politics.

Responding to a question on police brutality, the President acknowledged the presence of wayward personnel in the police service and reminded oversight agencies to execute their mandates.

He said the his administration continues to empower oversight institutions with resources and capacity to enable them take decisive actions against offending police officers.

“We are trying to ensure that all the necessary oversight bodies that have been charged with the responsibility of overseeing our police forces are empowered to the degree that they are now able to take action,” the President said.

The webinar was moderated by former Financial Times East African Correspondent based in Nairobi Katrina Manson and attended by among others State House Chief of Staff Nzioka Waita.

All The Trending Pics in Nairobi This Friday < Previous
Kenyans React to Minister’s Push to Ban Pornography in Kenya Next >
Recommended stories you may like: