Hunt On For 50 Quarantine Escapees Who Scaled KMTC Wall 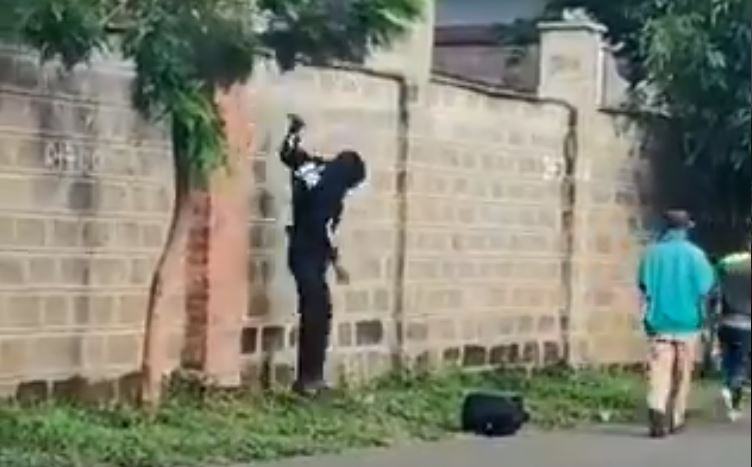 Investigations have been launched into the reported escape of up to 50 people who had been placed under quarantine the Kenya Medical Training College (KMTC) in Nairobi.

Reports indicate that police have launched a manhunt for the culprits who were still under observation at the facility.

A video that was shared widely on social media yesterday showed a handful of men scaling the facility’s wall in the morning.

Other escapees were reportedly having an evening meal when they took advantage of security guards taking cover from the rain to stage the escape. Citizen TV reports that some of them were still waiting for their COVID-19 test results after samples were taken to the lab.

Health CAS Mercy Mwangangi on Tuesday said the Interior Minsitry would provide an update on the escapees once investigations are complete.

“The Ministry of Interior is following up on the KMTC issue and we will be able to update once investigations are undertaken,” she said.

The Trending Images This Wednesday < Previous
List of Top Donors as Covid-19 Emergency Fund Hits Ksh1.2 Billion Next >
Recommended stories you may like: