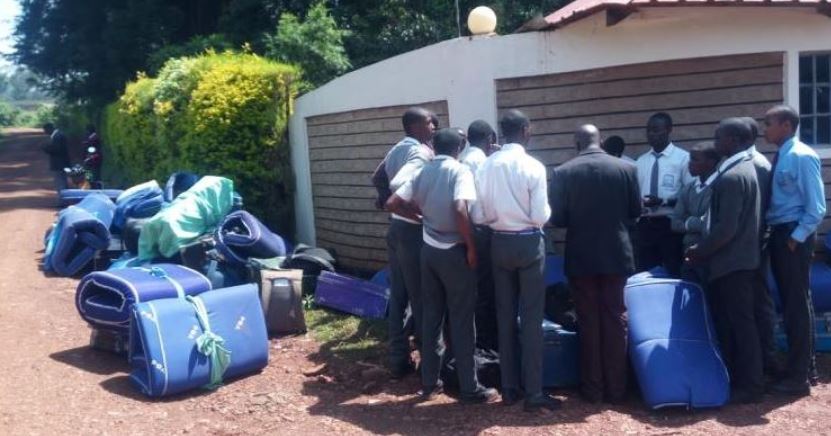 The administration of Kabianga High School has recalled the 17 students it had sent home for skipping an exam for church.

This is after an amicable solution was reached between the school and parents of the students who are Seventh Day Adventists.

Confirming the revocation of the suspension, Kericho County Education Director Zachary Mutwiri said at least four students who live around the school had already reported back to class Wednesday.

The move comes after the affected parents and the Atheists in Kenya Society had threatened to sue the school over alleged contravention of the right to worship.

The Atheist society, through its leader Harrison Mumia, had written a demand letter to the school principal Dr. Joash Oloo to revoke the suspension within 7 days.

“We are giving the school seven days to have the boys back to school or we seek legal redress on the matter,” Mumia said.

“Religious freedoms must be protected. The cultural majority should be prevented from denying others freedom of worship and belief,” he stated in the letter dated January 21. 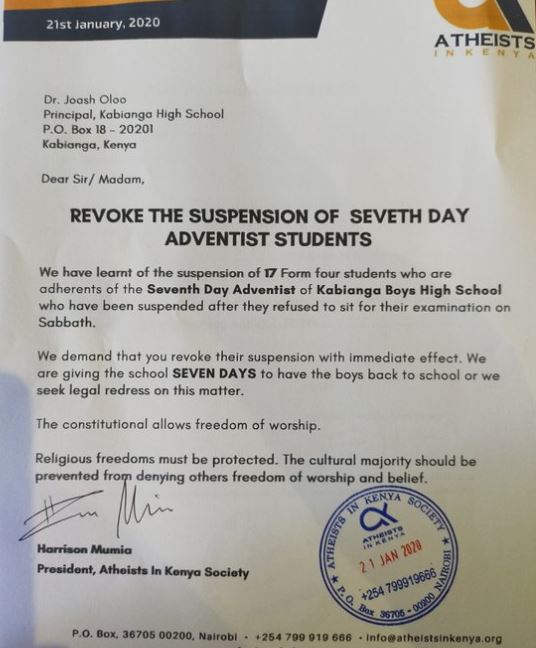 KTN Presenter Recalls The First Time His Son Spoke After Four Years < Previous
DJ Mo Responds After Fans Complain Over ‘Expensive’ Valentine’s Dinner Next >
Recommended stories you may like: