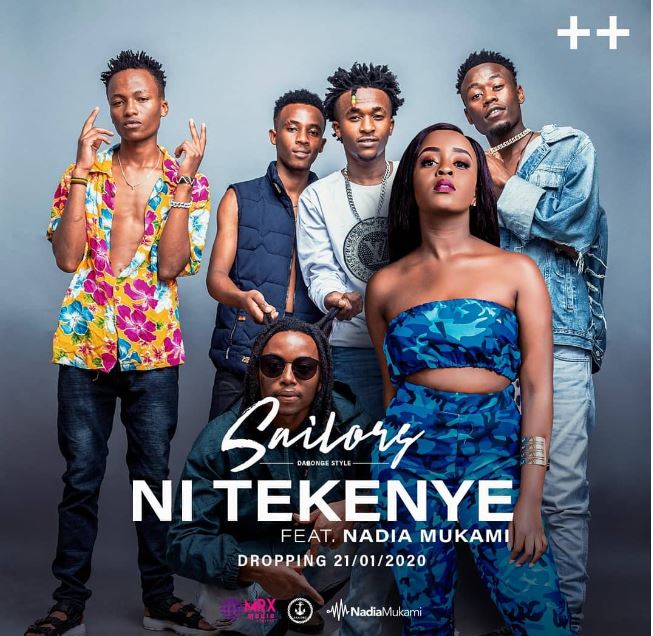 The high flying Gengetone stars Sailors have opened their 2020 account with a sizzling love song alongside sultry songbird Nadia Mukami.

The collab is titled ‘Ni Tekenye’, meaning ‘Tickle Me’. It premiered on YouTube on Tuesday, garnering over 50k views in just 7 hours.

Following up on last month’s gospel track ‘Jesu ni Mwathani’, ‘Ni Tekenye’ is yet another project in which the ‘Wamlambez’ hitmakers showcase their versatility by steering clear of the monotonous lewd content associated with Gengetone music.

‘Ni Tekenye’ also serves as a timely collabo given that both music acts had their breakthrough in 2019 and both command a huge fanbase.

‘Tickle Me’ was produced by Vicky Pondis and directed by PRVK.

Photos: It’s Baby Number 3 For Youtuber Yummy Mummy < Previous
“I Was a Street Child Before Working as a Morgue Attendant” – Sailors Member Next >
Recommended stories you may like: