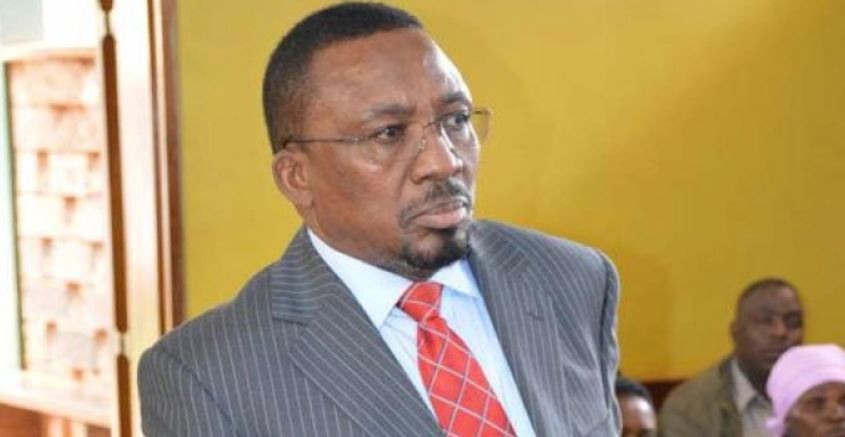 Unless you live under a rock, you’ve probably watched a viral video of Pastor James Ng’ang’a threatening and using abusive language directed towards his church’s male flock.

In the undated clip, the controversial Neno Evangelism preacher says he will sexually weaken the defiant male members of his church rendering them impotent.

The congregants have now decided to settle the matter in the courtroom. Through Otieno and Amisi advocates, the male congregants of Neno Evangelism Centre are accusing their preacher of using obscene, abusive or insulting language.

“That on various dates well within your knowledge without lawful excuse you brawled and/or created a disturbance in the church in such a manner as was likely to cause a breach of the peace and more particularly by threatening to disable our clients’ ability to engage in coitus by use of undisclosed means and or powers and/or by insulting and demeaning our clients’ sexual organs,” the suit letter states. 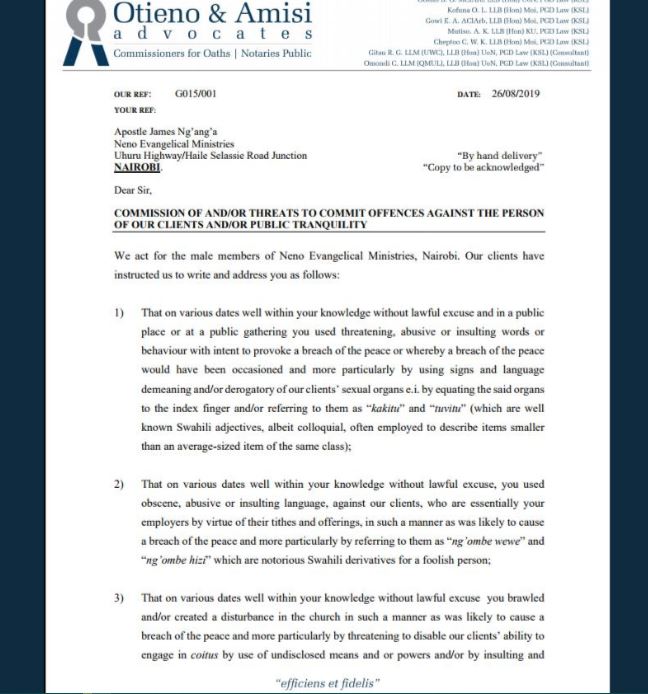 The male flock said that Nganga’s actions have lowered their image in the eyes of right-thinking members of society by painting them as ‘fraidy-cat cowards’ who are not only ‘dimwitted and brainless’ but also a ‘contemptibly imbecilic bunch of morons’ and persons with vulnerable and smaller-than-usual male organs.

The complainants want the preacher to withdraw the threats within two days -beginning Monday, August 26- and issue a public apology. 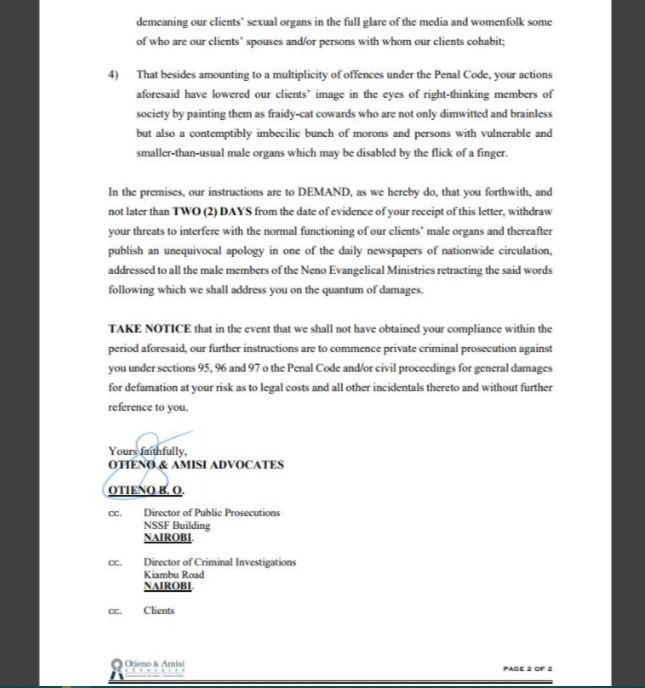 “TAKE NOTICE that in the event that we shall not have obtained your compliance within the period aforesaid, our further instructions are to commence private criminal prosecution against you under sections 95, 96 and 97 o the Penal Code and/or civil proceedings for general damages for defamation,” read the letter in part.

In case you missed the clip, check it out below.

Khalwale, MP Clash Over DP Ruto’s Mental Health Status < Previous
Milk Processing Plant in Nairobi Shut Down After Raid By NEMA Next >
Recommended stories you may like: