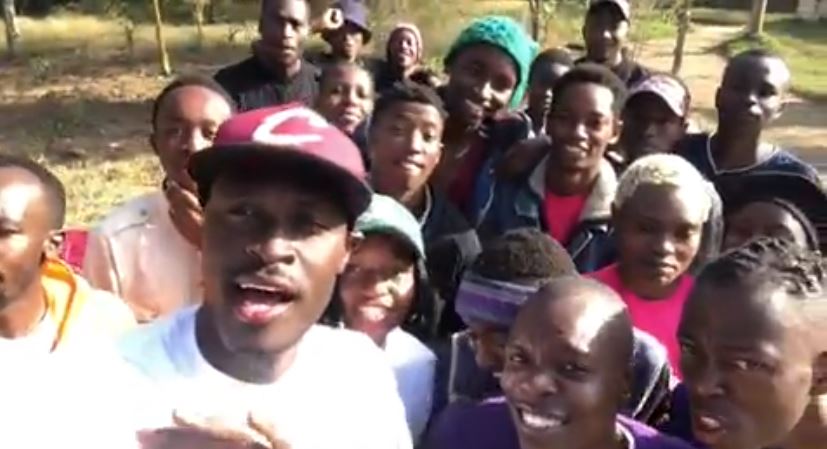 King Kaka has been walking from Nairobi to Nakuru – a distance of 150 kilometers – in an initiative dubbed ‘Bank On Me Sanitary’. He kicked off the walk dubbed ‘Bank On Me Menstrual Walk 2019’ on Monday, August 19, 2019 in Nairobi.

As of Thursday afternoon, he was on his way to Gilgil town having covered over 90 kilometres in four days.

The Remy Martin brand ambassador has been keeping his fans updated on social media, and the noble walk has evidently taken a toll on King Kaka.

In addition to swollen feet, the UNICEF Kenya advocate has since sustained two injuries, the second of which left him with a bloodied sock on his right foot.

“Injury number 2. Anyway, the walk continues,” he captioned the pic as fans cheered him on. 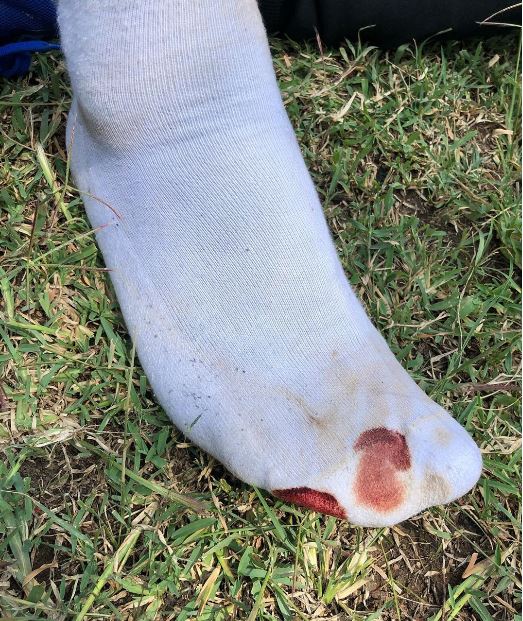 The walk will culminate with a musical concert in Nakuru town on August 24.

Through the initiative, King Kaka plans to keep 100,000 girls in school by providing them with the crucial sanitary towels.

Kaka Empire MD Dennis Njenga said they “have reached about 12,000 girls with the Bank on Me Sanitary Campaign so far and we hope to reach 15,000 more within this year.”

“Join us or go to our website BankOnMe.co.ke or Paybill 894889, Account Number ‘Menstrual Walk.’ Remember Sh600 keeps one girl in school for a whole year,” King Kaka said.

Sabina Chege Visits Jimmy Gait and Other Kenyans Seeking Treatment in India < Previous
Wasafi Crew Give Harmonize Their Blessings As He Prepares to Exit Diamond’s Label Next >
Recommended stories you may like: