Huddah: I Pity Anyone Who Seeks Treatment at Nairobi Hospital 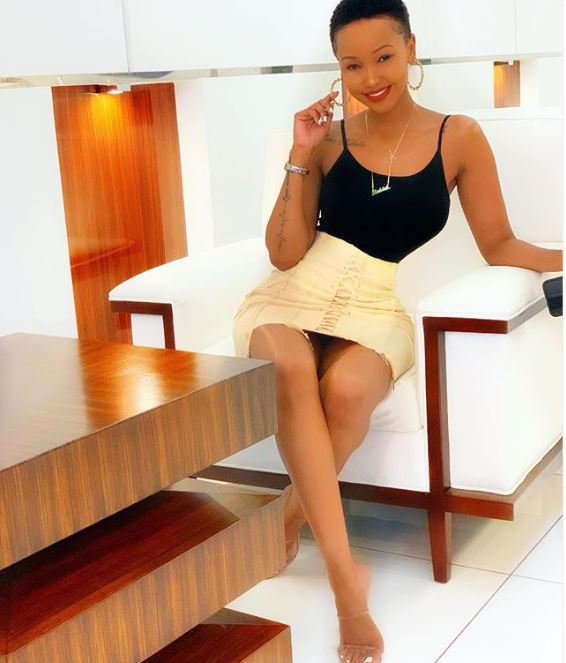 Huddah Monroe has taken issue with Nairobi hospital in a scathing attack over the facility’s alleged substandard services.

The petite socialite, who usually seeks her treatment at the Aga Khan hospital, got a rude shock when she took her cousin to Nairobi hospital. According to Huddah, she had taken her cousin for a simple general checkup but they encountered unprofessional nurses.

“I took my cousin for a normal general checkup and the way they treated us is like they are doing us a favor. Very rude and unprofessional nurses, Imagine if you had an emergency? You’d die there waiting on them to check you in,” wrote Huddah.

“No wonder they couldn’t diagnose Bob Collymore’s cancer…they told him he had bacterial infection and gave him antibiotics. Smh!”

“Sad that the people who are supposed to be caregivers are sh*tholes and feel entitled. If you don’t like your job, leave,” blasted Huddah.

The cosmetics entrepreneur also noted the irony of Nairobi hospital being ranked as one of the best hospitals in the country.

“And apparently, that’s one of the best hospitals in Kenya. Jokes.”

Huddah also sympathised with patients who have to seek treatment at Nairobi hospital. 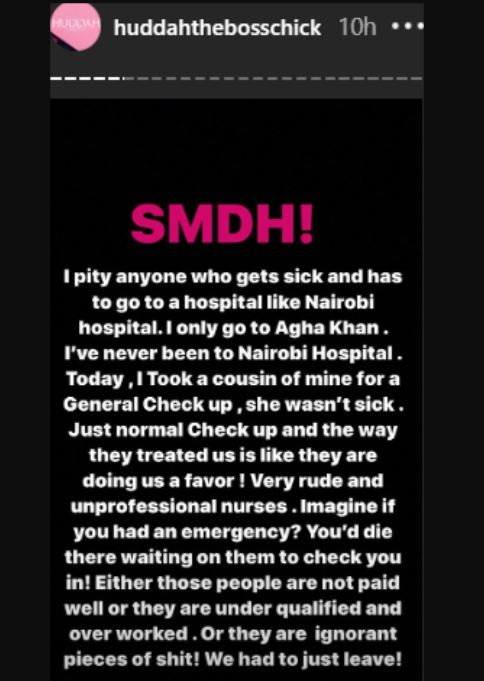 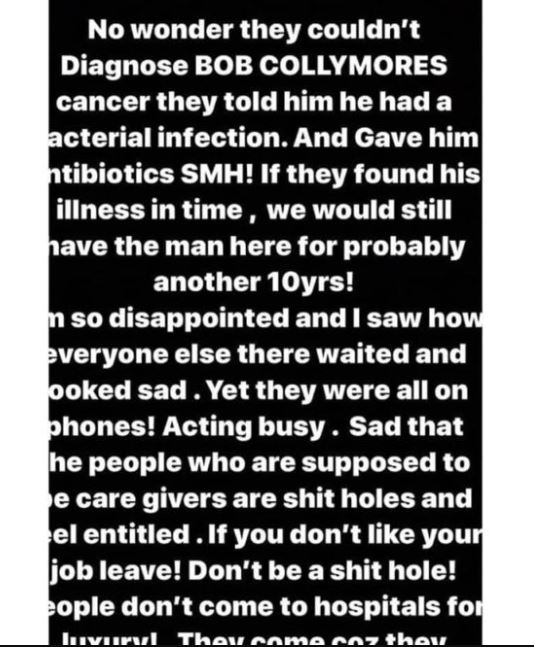 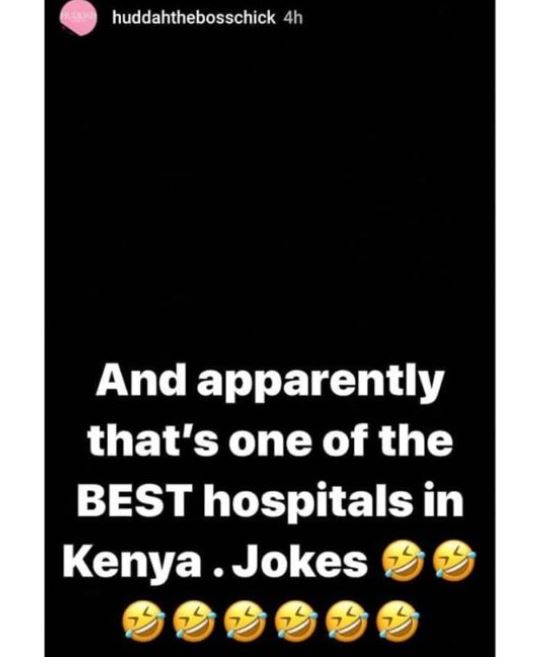 Loading...
“We Go on Holidays With Our Househelps,” Says Lulu Hassan < Previous
Juma Jux Regrets How He Reacted to Photos of Vanessa Mdee With Ice Pince Next >
Recommended stories you may like: