DPP Haji: We are Not Joking. State Officers Charged With Corruption Should Step Aside 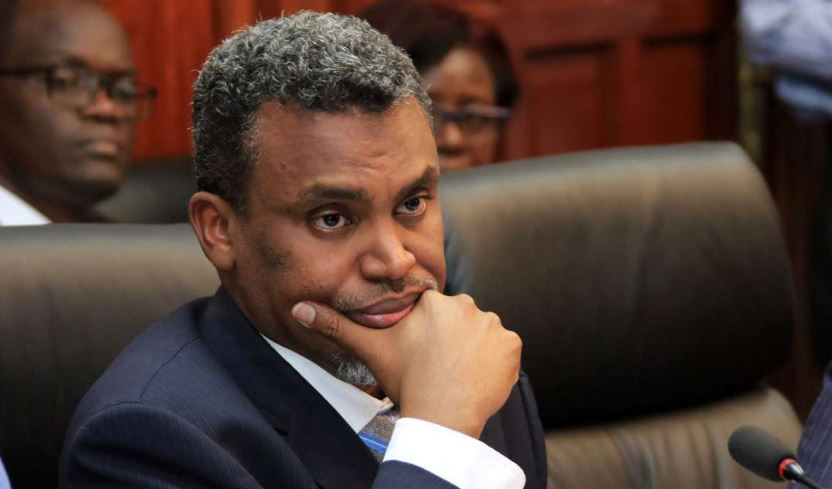 The Director of Public Prosecutions Noordin Haji has reiterated that state officers implicated in graft should step aside in accordance with the law.

This comes in the wake of a court order barring Kiambu Governor Ferdinand Waititu from accessing office in the Sh588 million graft case. The governor’s lawyer, Tom Ojienda argued that Waititu can continue running the county from remote locations.

“The ruling did not stop him from being governor. A governor does not necessarily need an office to do his work,” he told journalists.

Magistrate Mugambi also noted that the ruling did not amount to removing Waititu from office but to ensure the court process is protected.

However, a recent ruling by Justice Mumbi Ngugi directed that any state officer charged with financial impropriety must step aside.

And Haji, according to a report by the Star, warned that any county officer who takes orders or any form of instructions from a deposed governor would be punished.

He maintained that the directive requiring state officers implicated in graft to step aside is in line with the constitutional provisions on the integrity of public officers.

“In the West, anyone implicated in corruption scandals steps aside without being asked. In our case, people don’t budge no matter how grave the charges they face. This is why the law has to guide and enforce this,” Haji said.

He added, “We are not joking. The fight against corruption will go the long way. It is not political but an effort to restore that which Kenyans have lost in the corruption deals.”