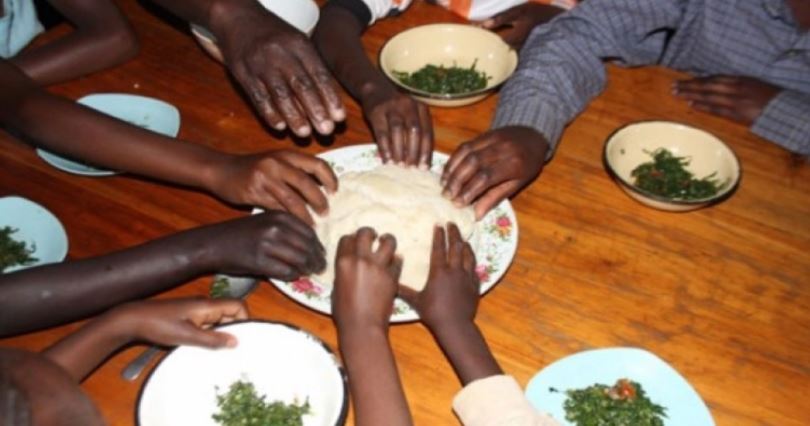 Residents of Senyende village in Kakamega East are reeling from shock after a man attacked and killed his father following a disagreement over food.

The suspect, identified as 39-year-old Musa Luvowa, reportedly killed his father, 80-year-old Jame Mulama, using a hoe on Wednesday night. The two are said to have disagreed over a plate of ugali and some roasted maize.

The suspect’s brother, Mr Abraham Walukha, said he got home and found his father lying in a pool of blood with a gaping wound on the head.

“Our brother has been engaging in suspicious activities lately including stealing items belonging to our neighbours,” said Walukha.

Neighbours added that earlier this year, the suspect had dug a grave in the family compound and threatened to bury his father after they had disagreed on an undisclosed issue.

Sub-county police commander Robert Makau added, “We are doing everything to bring the suspect to book because of the heinous act he has committed.”

Mr Mofat Moseti visited the scene and helped coordinate the transportation of the body to the County General and Referral Hospital mortuary.

Woman Reportedly Drowns Self in Lake Victoria after Losing Church Money < Previous
DPP Haji: We are Not Joking. State Officers Charged With Corruption Should Step Aside Next >
Recommended stories you may like: