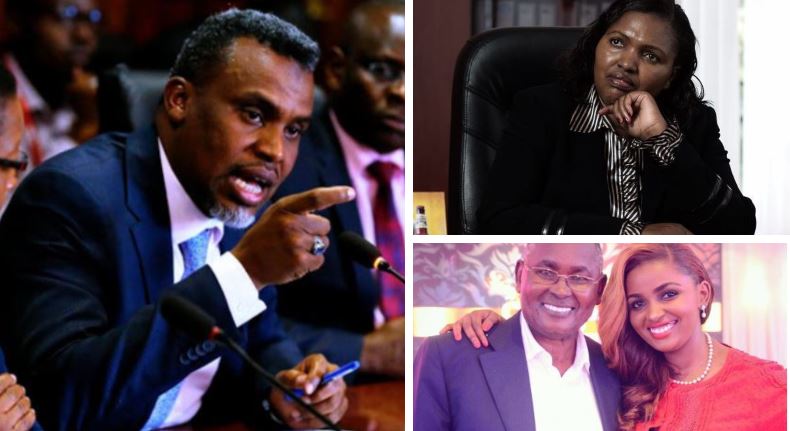 Following the Monday arraignment of billionaire tycoon Humphrey Kariuki over Sh41 billion tax evasion, the Director of Public Prosecutions (DPP) has now turned his attention to the billionaire proprietors of Keroche Breweries Ltd.

In a statement, the DPP said investigations into the brewer revealed they are culpable of 10 counts of tax fraud.

According to Haji, an inquiry file submitted by the KRA commissioner-general to his office on August 18 and an audit by KRA established that Keroche Breweries had evaded payment of tax totaling Sh14,451,836,375.

DPP Haji said he is satisfied that there is sufficient evidence and that it is in the public interest to charge the suspects with 10 counts of tax fraud contrary to the Tax Procedures Act of 2015.

Am hour after the DPP issued the orders, Tabitha Karanja rubbished the tax evasion allegations saying she is a law-abiding citizen who was ready to present herself to DCI officers.

“I’m shocked by the new allegations leveled against me, my husband and Keroche Breweries and this is pure malice,” she said.

She questioned the timing of the order, just two weeks after she launched the KB lager. “This is a vendetta war launched by my competitors and I’m ready to face the taxman and the DPP to prove my innocence,” she said.

She, however, acknowledged a dispute with the Kenya Revenue Authority over rates that Keroche was supposed to pay for their Vienna Ice drink.

“We have engaged KRA over the rates we are supposed to pay and the issue of the Sh14b unremitted tax as claimed by the DPP has never been raised with us,” she stated.

Mr and Mrs Karanja are parents to Anerlisa Muigai, who has long been viewed as the heiress to the manufacturer of Kenya’s first home-grown beer that was founded by her mother Tabitha.

Anerlisa founded and is the CEO of the Nero Company Ltd that produces the brand of bottled water ‘Executive Still Water’. It remains to be seen whether the DPP is probing Nero, by virtue of association with Keroche Breweries 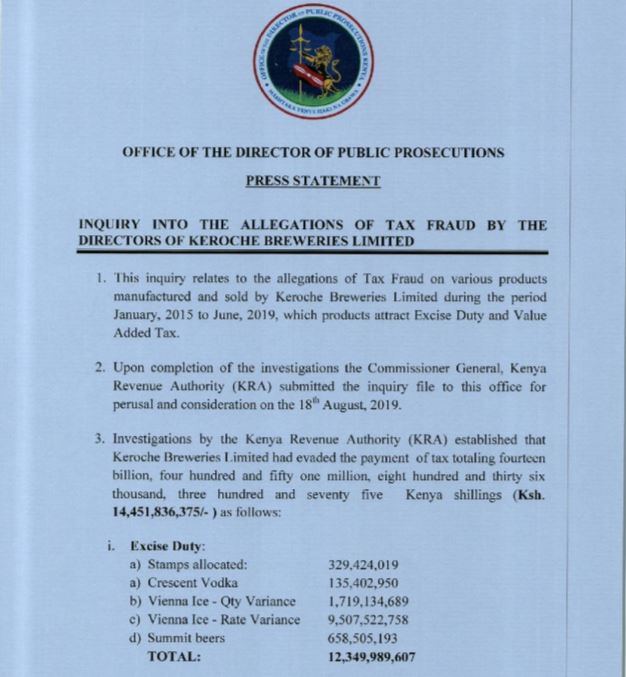 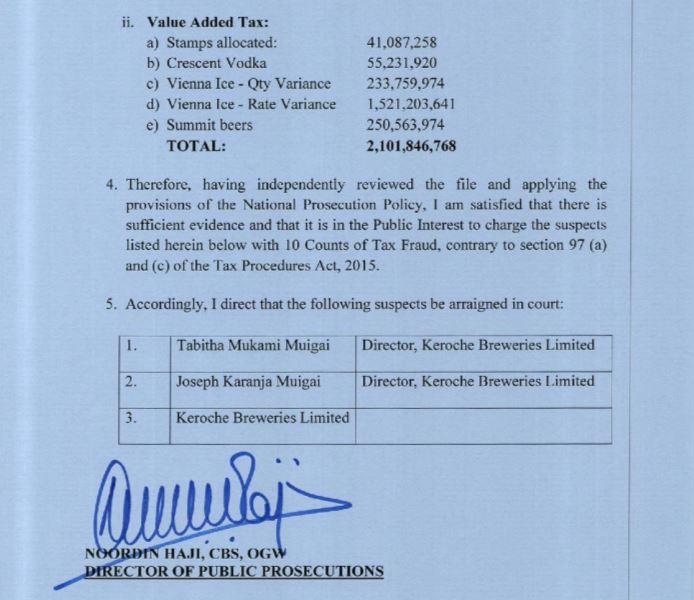 Man Kills Younger Brother After Being Asked to Cook in Vihiga < Previous
The Trending Pics in Nairobi This Thursday Next >
Recommended stories you may like: