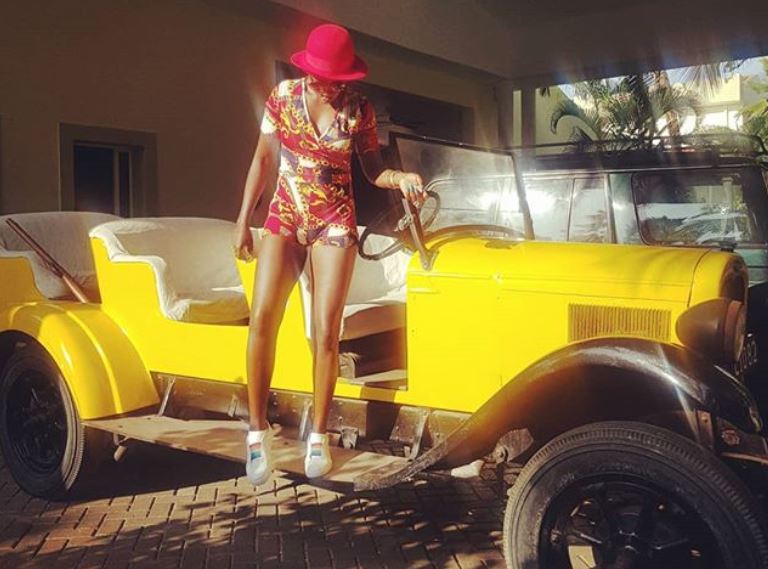 Self-declared President of single mothers Akothee is not called ‘Madam Boss’ for nothing, it has emerged.

This is according to radio presenter and MC Jalang’o who says he had to jump through hoops to book the musician to perform at this year’s highly anticipated Luo Festival.

“I could not confirm Akothee for Luo Festival because of alot of things but that was until yesterday when we met and she agreed that she will be performing! To have Akothee for your show is not easy and even her coming for Luo festival is almost impossible!” said Jalas.

Apparently, not only did Akothee command a huge performance fee, but she also made some outrageous demands before agreeing to perform at the event scheduled for August 31, 2019, at Carnivore grounds.

A viral post on Jalango’s Instagram outlined the 5 requirements that events organisers have to fulfill to have Akothee perform.

1. Akothee logistics is crazy…apart from your security she has her own security who must ensure that everything is fine…that is 10 security team! 5 men 5 women!
2. Akothee flies to Luo FESTIVAL from Wilson to Carnivore! Don’t forget that Wilson and Carnivore share fences! She just does not come ! She makes an entrance! Helicopter costs 200k from Wilson to Carnivore! Thanks to @silverstoneairservices this cost has been taken by them!
3. Akothee has her own backstage…changing room four full length mirrors, 4 lounge seats , 5 cases of still water , 5 cases of sparkling water, 40 white towels, private bathroom and toilet, private live Kitchen and private chef, assorted juices of different flavours that must be Orchid Valley , 10 flower bouquets, a massage table and 4 private assistants!
4. Since the show ends in the night you must organise a limousine to take her to her hotel since when she is performing she doesn’t stay at home but prefers the privacy of presidential suite!
5. Her performance fee is a story for another day!! But now we can confirm Madam boss will be available because all this has been confirmed by our sponsors

While Akothee did not confirm or deny the reported demands, she reposted Jalang’o’s post and used it to take a dig at MCSK.

“As MCSK Still sorting out mpesa balance ???,” she wrote. 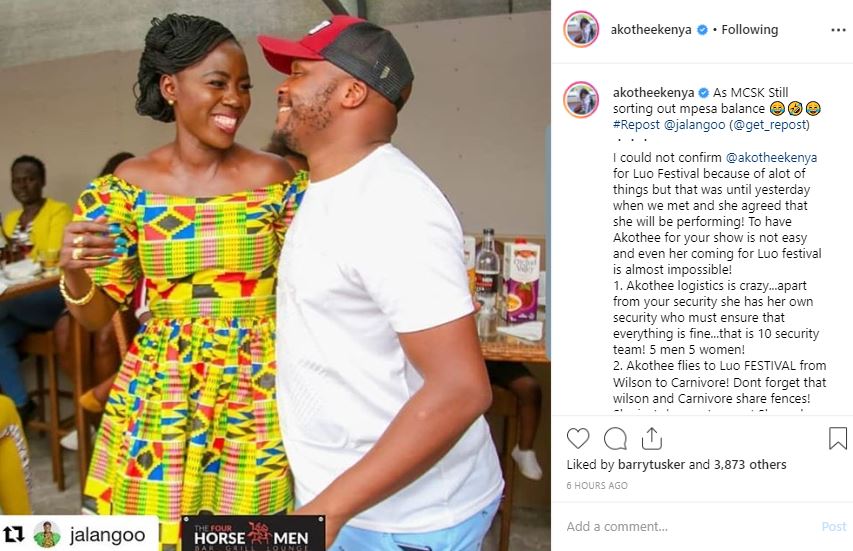 Kirigo Ngarua Flaunts Her Bum after She was Told She Doesn’t Have One – PHOTO < Previous
The Trending Pics and Tweets in Nairobi This Tuesday Next >
Recommended stories you may like: