Mishi Dora Exposes the MCA Who Almost Killed Her Over Sh5,000 [PHOTO] 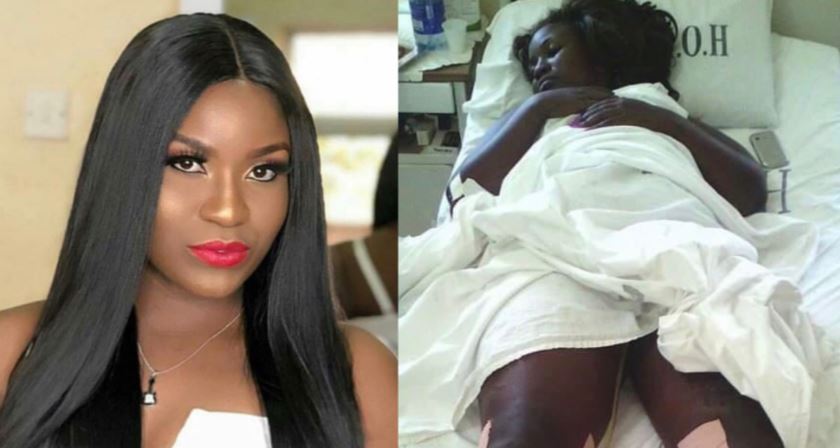 Mishi Dora, real name Dora Clara Ojenge, has revealed the identity of the man who allegedly shot at her and ran her over with his car in 2014; it is Libinus Oduor Juma, the MCA for Mayoni ward in Kakamega County.

The reality TV star and actress on Sunday shocked her followers on social media after sharing her plight at the hands of the man who allegedly tried to kill her twice.

Mishi Dora’s Cry for Justice after She was Ran Over by Car, Shot at by Man Who Wanted to Kill Her Twice

In a follow-up post on Monday, the ex-Nairobi Diaries actress shared a picture of Mr Oduor and insinuated that he had threatened her after her post on Sunday.

“Threats usually don’t go well with me… I started this… and I must finish it… The little scared gal that I used to be died on that road and died again recently… this is a new me… I stand for myself… and I speak for myself and those that are voiceless… Libinus Oduor.. I have a voice.. and I’m here to tell you that I’m no longer scared.. all I want is justice… nothing more … you can go ahead and do your worst.. I’M NOLONGER SCARED!!! #AllINeedIsjustice” wrote Mishi. 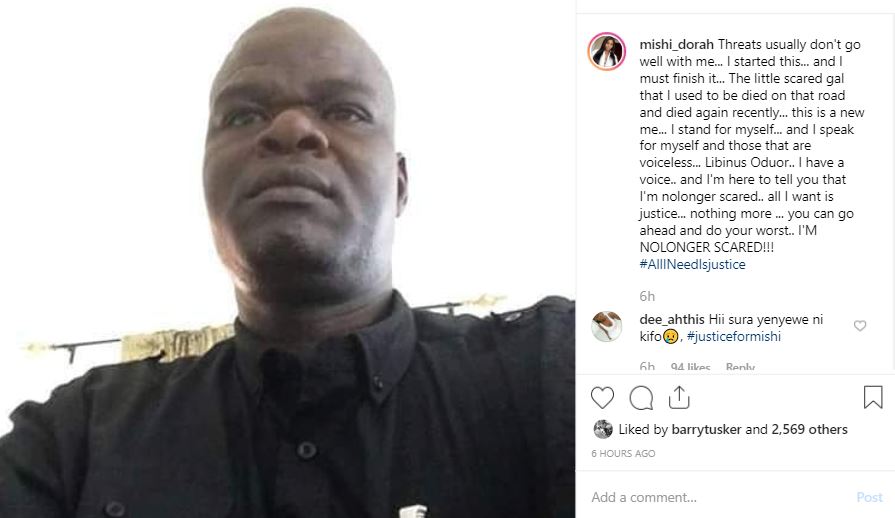 Ran Over for Demanding Sh5,000 Debt

Nairobi Wire understands that the MCA ran over Mishi Dora for demanding to be paid Sh5,000 debt. The incident happened on the night of December 18, 2014 outside a club along Makasembo road in downtown Kisumu.

According to Mishi Dora, she met Mr Oduor on December 7 through a friend, and he requested her for Sh15,000 to pay bills for drinks.

“I called the friend who connected us and he assured me that Oduor would pay me back my money. Instead of Sh15,000, I gave him Sh10,000 which we agreed he was to refund via mobile money transfer,” Dora alleged.

Two days later, the MCA sent her Sh5,000 with a promise to clear the balance that evening but he never did.

On The Fateful Day

On the day she was ran over, Mishi Dora said she was at a friend’s party at a club when she spotted Oduor and confronted him over debt.

“He told me to go sit with my friends and promised to send me money over the phone. A few minutes later, a friend tipped me off that he was leaving the club hurriedly and I followed him outside. He was in the company of another woman,” she said.

The 29-year-old actress found Oduor in his black car ready to leave and confronted him.

“An argument ensued and he started shouting that he did not know me. He then began chasing me with a gun as people screamed, asking him to leave me alone. Before I knew it, he entered the car, knocked me down and ran over me as he kept firing in the air,” she said.

When contacted at the time, Oduor initially denied knowing Mishi Dora but later admitted knowing her when pressed

“I know this girl and she is the one who borrowed me money and not vice-versa. She borrowed me Sh5,000 which I sent her. Do I look like I can borrow money from anyone, for what? I could have got a bank overdraft if I needed money,” Oduor was quoted as saying.

Most recently, the MCA was arrested during a crackdown on the killer gang of Matungu in Kakamega County.

It’s 3 Years in Jail for Prison Warder Who Killed KU Student in Hit and Run < Previous
The Trending Images This Tuesday Next >
Recommended stories you may like: