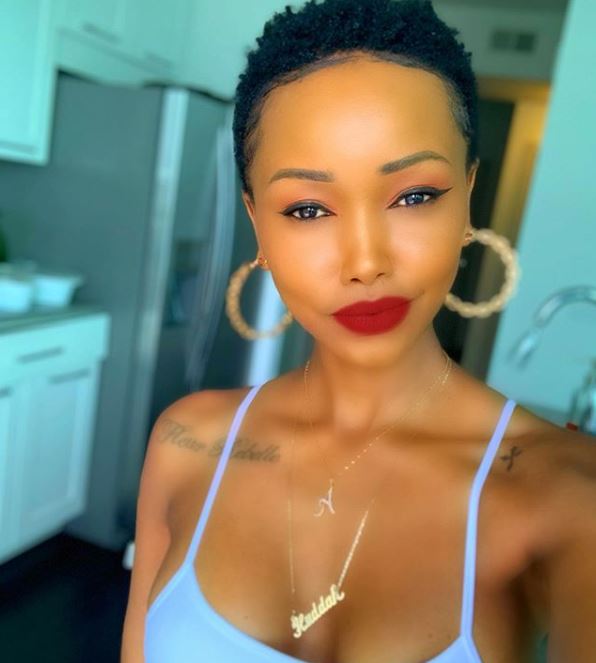 Huddah Monroe’s coping mechanism for gossip and small talk is as salacious as you can expect from the petite sex symbol; she likes to talk about men’s private parts. Apparently, “d**k talks”- as Huddah calls them – cover most of her gossip sessions.

This she revealed on her socials while bragging about having intelligent girlfriends who are excelling in their respective professions, such as law and medicine.

The cosmetics entrepreneur says she rarely makes friends with typical socialites and bimbos who are all face and no brain.

Huddah adds that she doesn’t like talking about other people, especially women.

“As a woman, I HATE gossip, coz that’s giving life to what you don’t like. I don’t like talking about people esp women coz I have NO COMPETITION. I’m my own competition. If I can’t have an intelligent conversation with you. Let’s talk about d**k. I love d**k talks too much, they cover 99% of my gossip sessions. And helps avoid small talks,” wrote Huddah. 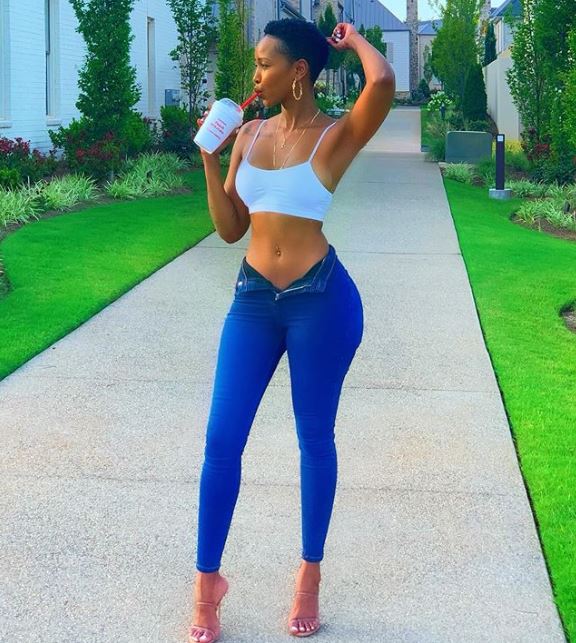 She added: “All my gals are intellectuals. Street smart. They are in Law, medicine, entrepreneurs, business moguls, that’s why I don’t post them. They keep their shit low key. They Not just pretty faces and hot bodies. They actually have a brain. You can’t sit with me if you just pretty no added sauce coz you’ll start gossiping. And I hate small talks.” 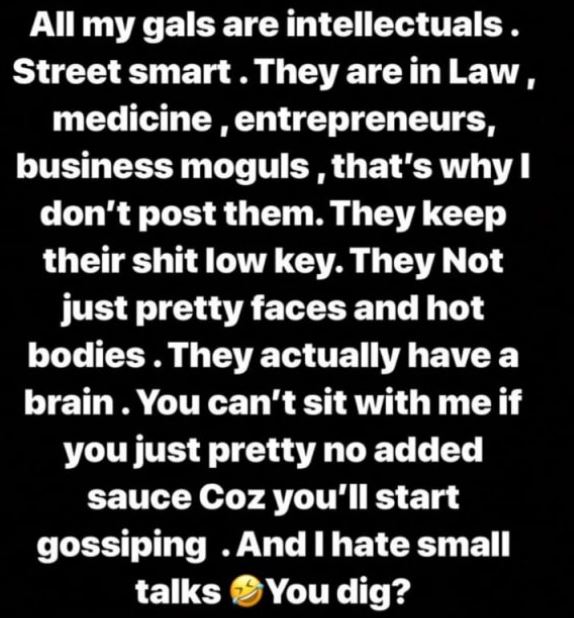 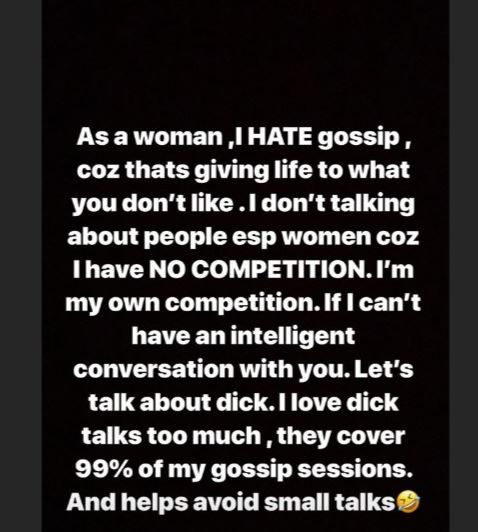