Gilbert Deya Defends “His Son” Pastor Ng’ang’a, “He Made No Mistake” 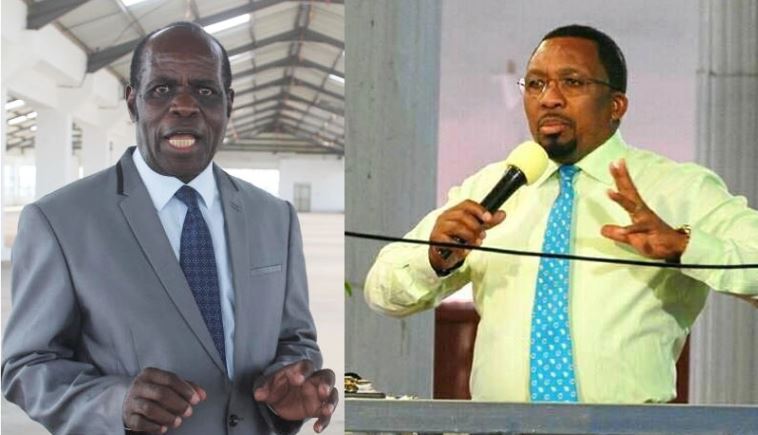 Gilbert Deya has jumped to the defense of his equally controversial preacher James Ng’ang’a over the recent foul-mouthed rant.

Ng’ang’a, the Neno Evangelism founder, was subjected to backlash for a viral video in which he castigates and insults Neno Evangelism’s bishops for disrespecting his wife.

“If you are not going to respect my wife I will kick you out of my Ministry it doesn’t matter who you are. This time I will show you my power. If you don’t respect her, leave my Church and go start your own wajinga hawa. You have become rich in my church. Stupid, arrogant, useless people, taka taka, rubbish. There is nothing you can tell me… They want to bring Neno down because I’m the founder.

“I want full respect when I cough you answer, just the same way you did when you came here with torn clothes, and you’re rich because of me,” said Ng’ang’a in his rant.

And the pastor has received the backing of his mentor. Referring to pastor Ng’ang’a as his son, Deya said he was right to rebuke the bishops.

“Pastor Ng’ang’a is a man of God. He made no mistake at all because they were picking on his wife. Calling them ‘takataka’ was not an abuse since he brought them into his ministry,” said Deya in a radio interview with Massawe.

The preacher claimed he helped Ng’ang’a set up his church and even bought him TV airtime.

“In fact, Ng’ang’a passed through my hands. I even paid for him airtime worth Sh240,000 on Kenya Broadcasting Corporation.”

“I took Ng’ang’a to Nigeria and the UK. He didn’t even know English,” Deya added.

Akothee: Baby Daddy Would Sneak From High School to Visit Me and Vesha in Hospital < Previous
I Was Thrown Out of Flight and Detained at Tanzania Airport, Says Lawyer Suing KQ Next >
Recommended stories you may like: