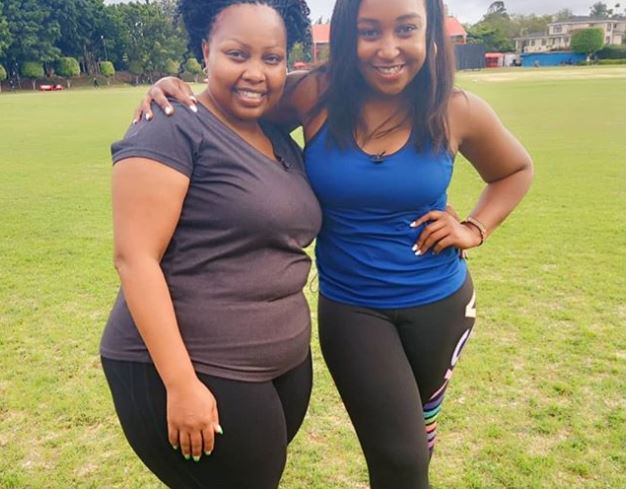 Senator Millicent Omanga has once again showcased her dance moves as she faced off with Betty Kyallo in a lighthearted moment caught on camera.

While filming for Betty’s Up Close segment on K24, Senator Omanga hosted the tv personality in her posh home. In what looks like a scene from the interview, Millicent Omanga and Betty Kyallo ware seen dancing in the living room.

Dressed in figure-hugging dresses, the ladies let their waists do all the talking to the music playing on TV.

And Omanga, just like she did in February during an interview on Radio Jambo, was unafraid of shaking and gyrating her ample behind, putting Betty to shame.

Betty Kyallo on the other hand looked like she was dancing in a church choir and was largely unimpressive.

The video was made much better by a YouTuber who edited it to look like they were dancing to the viral hit song ‘Wamlambez’.

How Kenyans on Twitter Reacted to Mpesa Hitch on Thursday Evening < Previous
This Kenyan Guy is Getting Married on a Sh24K Wedding Budget Next >
Recommended stories you may like: