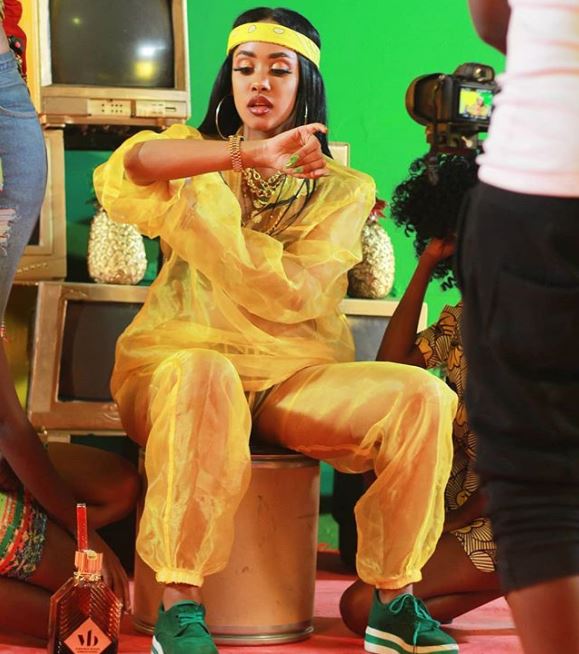 Tanasha Donna’s music career is on a meteoric rise if current indications are anything to go by.

With just one hit single – ‘Radio’ featuring Barak Jacuzzi – Tanasha has dominated airwaves not just in Kenya but across Africa and beyond. The song’s video is nearly hitting 1 million views on YouTube in just three weeks.

‘Radio’ has also played on global platforms such as MTV and Trace.

On her way to the top, Tanasha was also recently dissed, which should serve as a huge compliment seeing as she is a newbie.

The Kenyan radio personality has now added another feather to her cap after she was nominated for a major Pan African award – ¨Best New Act Star Q Awards”.

Tanasha could not contain her excitement as she posted that God works in mysterious ways.

She also revealed that her name ‘Tanasha’ means woman of God and therefore, no weapon formed against her shall prosper. Bey T perhaps? 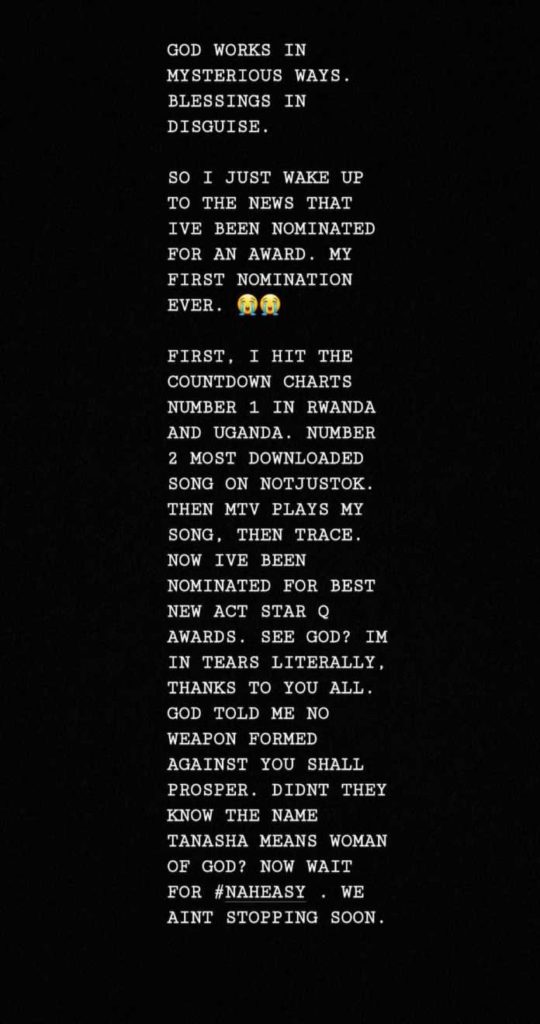 Watch: Avril and Dan Aceda Team Up in Sweet Love Song ‘Electricity’ < Previous
Diana Marua: I Have Dated Richer Men Than Bahati Next >
Recommended stories you may like: