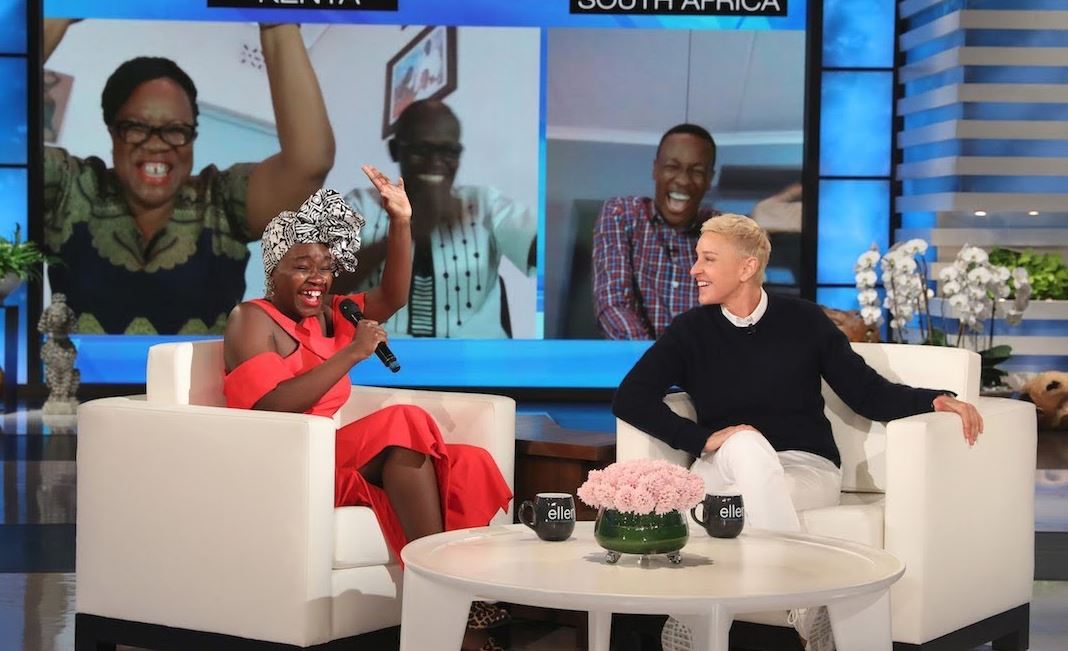 An outgoing Kenyan hosted by Ellen DeGeneres this week, got ‘re-united’ with her family on the show.

Ellen revealed that she had spotted Achieng Agutu dancing right before the show began, and offered to host her as a guest.

However, the comedian may have been a bit economical with the truth, because she already had her family members backstage, individuals who were supposed to be thousands of miles away in Kenya and South Africa.

Achieng narrated to Ellen how she has been struggling to survive in the US. She said that in addition to a full time job, she also has several part time jobs; among them as a babysitter, house cleaner, Uber driver and English teacher.

Achieng further spoke of how her parents have been forced to sell land and take loans to pay for her education overseas.

It so happened that Ellen is giving out $1 million this month to families she deems deserving. Achieng and her family got to go home with Ksh5 million.

While TV is mostly show business, some Kenyans on Twitter have been accusing Achieng of painting a not very true image of herself, for instance when she told Ellen that she learnt English by watching her show.

As if that’s not enough, it is now emerging that Achieng went to a top school in Nairobi, and one of the most expensive in the region.

According to her LinkedIn page, Achieng attended Braeburn International School between 2009 and 2012. 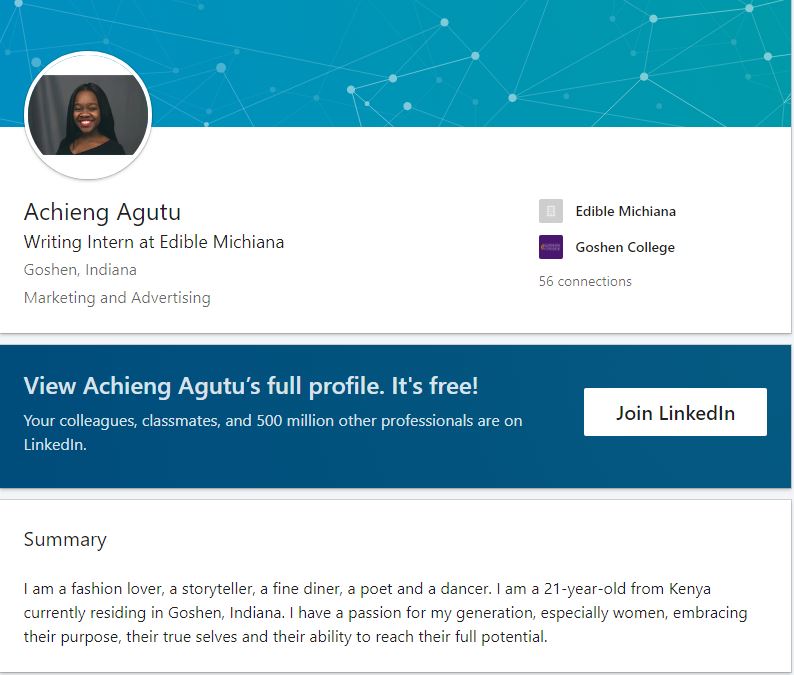 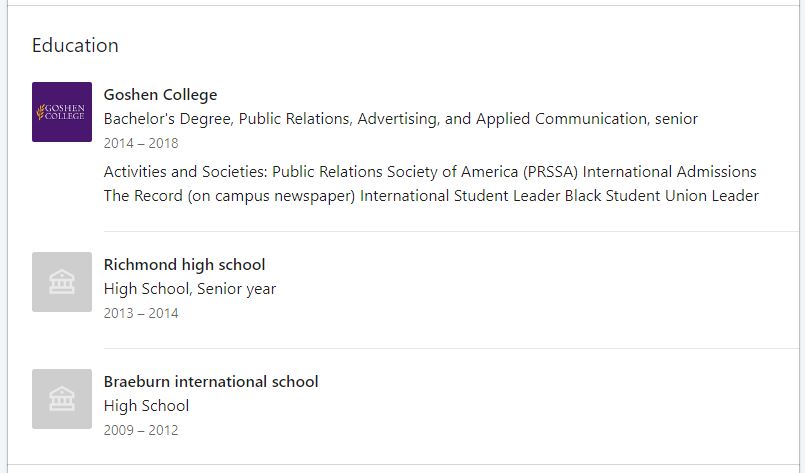 The annual tuition fee for Braeburn is Sh1,718,400 for a senior student.

This means that the total school fee for a student at Braeburn, including Achieng Agutu, can potentially reach Sh2,760, 600.

By no means is Braeburn a poor man (or woman’s) school, unless via some kind of scholarship. 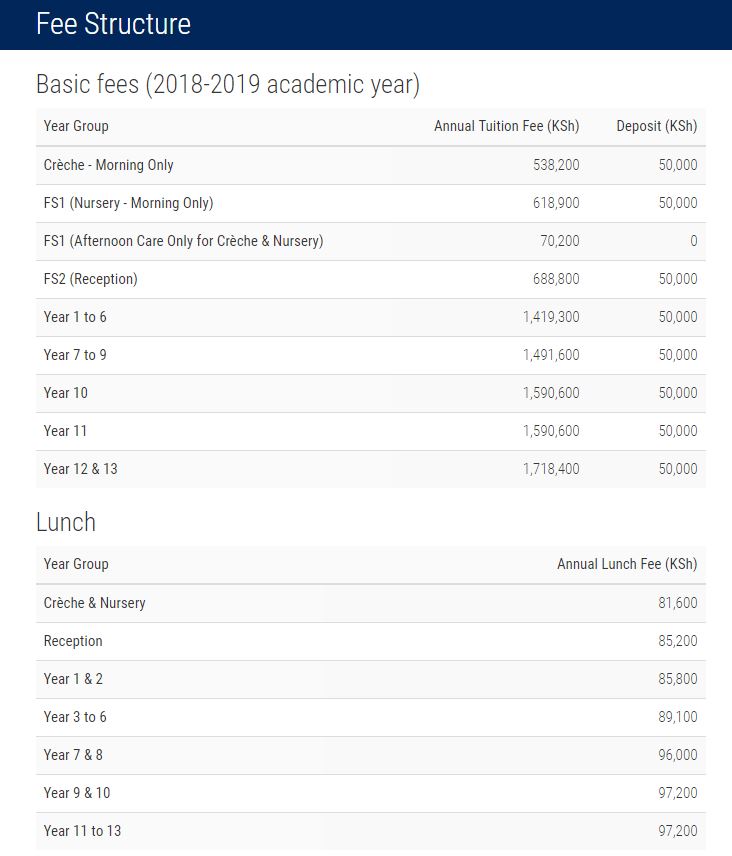 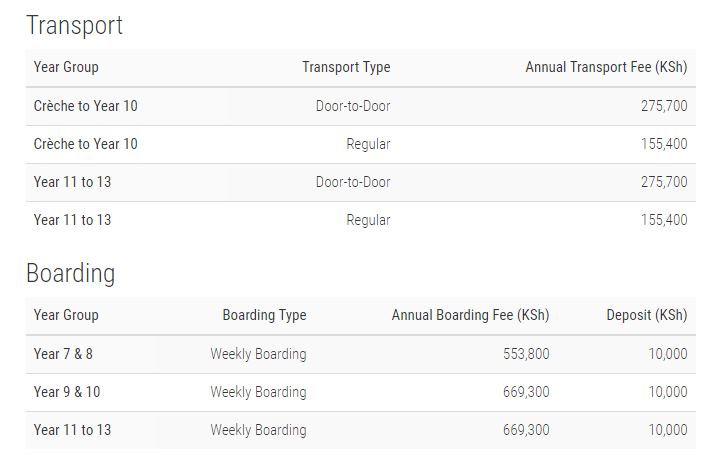 Kenyans were quick to express their skepticism on Twitter.

In the interview Achieng talks about her parents selling land, taking loans and borrowing cash to educate her…but later she mentions how they are also giving back to the society because they are truly blessed and that they are educating 10 plus kids… pic.twitter.com/EroTRsFQcZ

Finally watched the full Achieng interview on the #EllenShow A couple of red flags for sure but it could just be me overthinking and running away from anything that even hints at the need for a 'White Saviour.'

Achieng learnt English from Ellen show but her parents can speak English fluently?

Achieng was just a character on an entertainment television show though. She’s not behind the script. She secured the bag that’s what matters. It’s the typical African narrative the show chose to run with that is the problem I guess.

Orders from Above – Police Ordered To End Investigations into Ruto’s Sugoi Egg Theft < Previous
Alvindo Drops Boy Child Anthem and It’s a Huge Improvement on ‘Taka Taka’ Next >
Recommended stories you may like: