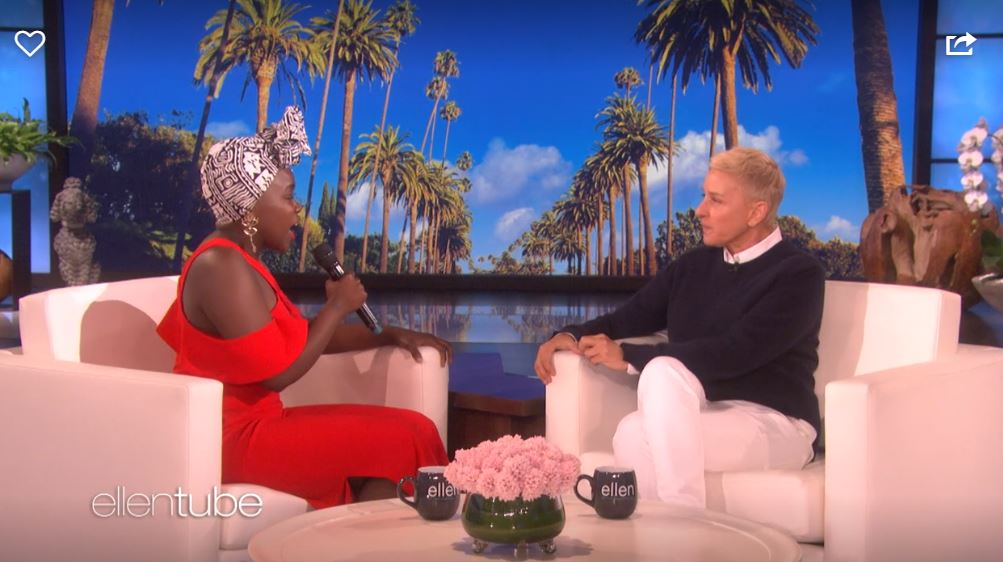 Achieng Agutu was apparently identified by Ellen when she took over the stage with some dance moves before the show had started. This made Ellen bring her on as a guest.

She went on to reveal that she is a higher education student in the US, whose parents did everything from selling land, taking loans etc. to pay for her education. She also talked of how hard she works just to survive, revealing that in addition to a full time job, she also has several part time jobs; among them as a babysitter, house cleaner, Uber driver and English teacher.

Ellen sent camera crews to Kenya, where her mother and father live, and South Africa – where her brother lives… or so she made Achieng think. In fact, her 3 family members were just right there in the backstage, and it made for a good teary re-union. 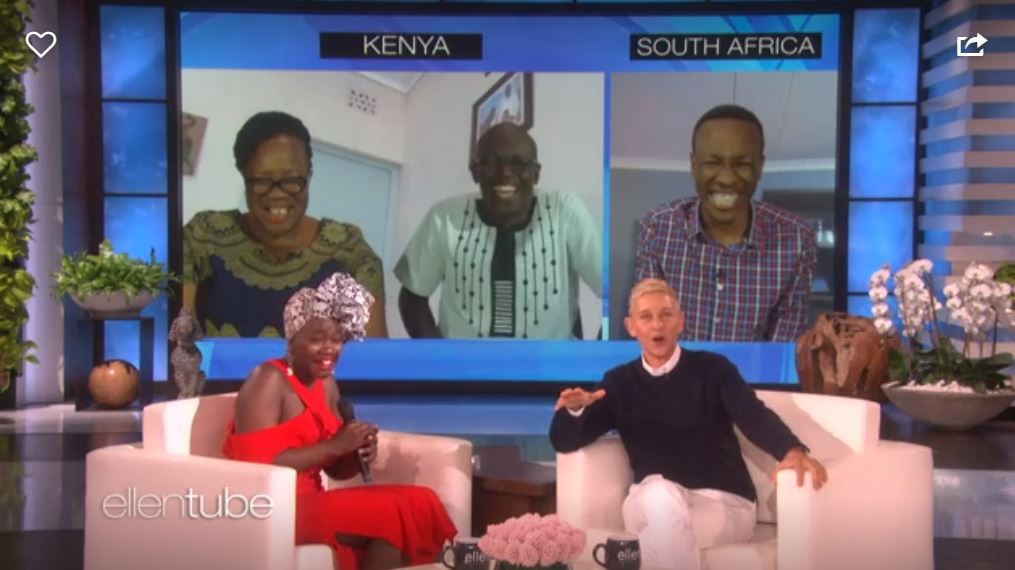 This month, Ellen Degeneres is having a full month of issuing money to people they deem ‘deserving’. Titled ‘Million Dollar May’, the comedian will issue out a total of $1 million throughout the month.

The producers of the show must have found Achieng deserving, because right after the ‘re-union’, they were issued with $50,000 (KSh 5 million).

Waititu Blames Kabogo for State House, South Sudan Budget… ”This was His Budget” < Previous
Safaricom Posts Record KSh 63 Billion Profit Next >
Recommended stories you may like: