Central Kenya has long been associated with most of Kenya’s old money. A good number of ageing billionaires come from the region, with most of them having ventured into Nairobi business life very many decades ago.

Within Central province, Murang’a is probably the best known for its seemingly large number of wealthy Kenyans. Unlike other ‘billionaires’ in the country who have made their fortune in politics, a good number of those in Murang’a are good old fashioned businessmen, starting their business careers even before independence.

The funny thing is that even in Murang’a, most of this old money is concentrated in a single village – Rwathia in Kangema constituency.

Murang’a people have had their hands in big money since the 1920s, when residents embraced planting of wattle tree, a cash crop that ruled until the 1950s. It is believed to have been the precursor to the formation of farming cooperative societies in the region.

It is this spirit of working together for financial gain that made the first native millionaires. Groups like Kenya Fuel and Bark Supplies Company, owned by (you guessed it) Muranga businessmen, was formed in 1945. It bought Kiburi House which still stands on Kirinyaga road today. It would eventually house KAU offices.

Just before independence, when many Nairobi buildings became available for sale following settlers fear of the unknown, Rwathia Group went on a buying and building spree along River road and surrounding areas in Nairobi, as well as other Central Kenya towns like Thika and Murang’a.

Mzee Gerald Gikonyo Kanyuira, 104, is the last remaining member of the original Rwathia businessmen. He was honored last year by President Uhuru Kenyatta with the ‘Key to the City’ for his contribution to the growth of business in Nairobi.

The old generation of billionaires has long departed, but Muranga county still has a good share of current billionaires. Some of them trace their wealth from that old money, but some have done quite well by themselves.

6 of them, today, are some of the biggest investors at the Nairobi Securities Exchange.

The fact that his photo is hardly anywhere on the internet tells you just how elusive he is.

He reportedly owns 30% of Kakuzi, a stake valued at about Sh1.7 billion. He also owns shares in Nation Media Group valued at over Sh400 million. Other major interests are in Total Kenya and East African Breweries.

The most inspiring part of his story is that he was born as a squatter in the Kakuzi Estates. Lucky enough to get a good education, he worked as a professional and would return to his place of birth, buy up shares raising his ownership to the current 30%.

It’s hard to put an absolute figure on it, but his net worth is estimated to be about Sh2.8 million. 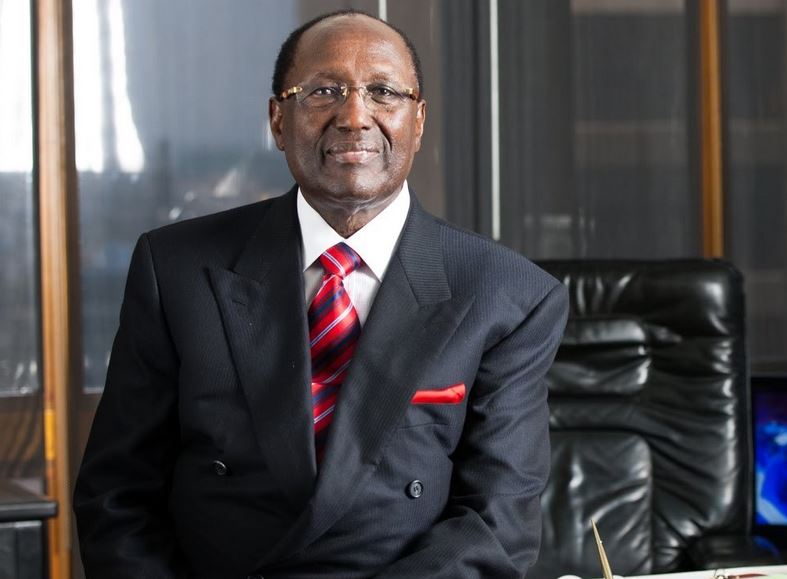 He doesn’t need any introduction. He is as controversial as he is rich.

His stake in Centum Investment is reportedly around Sh6 billion and this is just one of many things he owns. Centum is behind East Africa’s largest mall, Two Rivers in Ruaka. It has many more projects in the pipeline, including the proposed Lamu coal plant. It’s likely that Kirubi’s 26% ownership in the company will be worth much more in future.

In recent years, Centum has become his main investment vehicle, snapping up several companies like:

Other than Centum, Kirubi has (or has had) major interest in various NSE listed companies like KCB and Safaricom.

And of course there is HACO industries. After selling his shareholding to South Africa’s Tiger Brands in 2008, the billionaire took back full control in 2017.

Chris Kirubi’s true net worth could be very well above Sh10 billion. 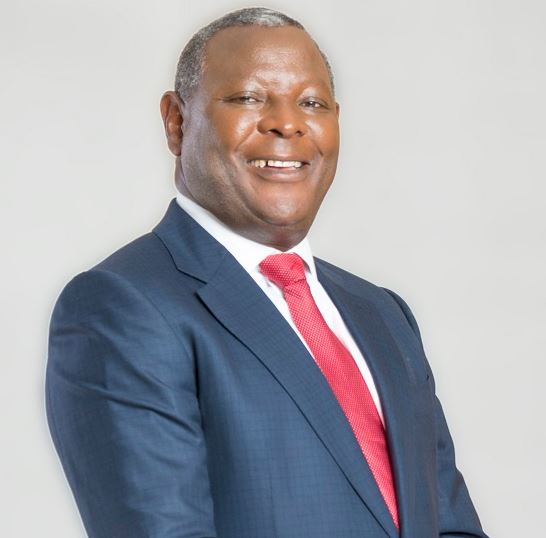 As the man who single-handedly changed banking in Kenya, James Mwangi has done pretty well for himself.

In the late 90s, the banks of the day adopted very discriminatory practices. Barclays bank for example, enacted a huge minimum balance policy that left out many un-banked Kenyans. Many who already had accounts with Barclays and others were forced to shut them down as upcountry branches were shut down.

Equity Bank, still a building society, walked in and turned the tables, and the rest is history. Today, Equity is the second largest bank in the country by many measures. It is also increasingly looking like the first major Kenyan bank to have a serious Pan-Africa expansion strategy. It might very well be Kenya’s first truly international bank.

James Mwangi has been the CEO throughout this period of growth. His stake in the bank is worth around Sh5 billion. Not only is he the single largest shareholder in the bank, but also a top shareholder in another large company – Britam.

Mwangi is a second generation ‘Rwathia group’ member, and that might have helped.

James Mwangi is estimated to have a net worth of over Sh10 billion. This is from his stake in Equity, Britam and many other undeclared assets.

By virtue of being one of Kenya’s top executives, James Mwangi also has one of the biggest salaries in the country. In 2015, he averaged Sh15.9 million per month, being salary plus bonus. 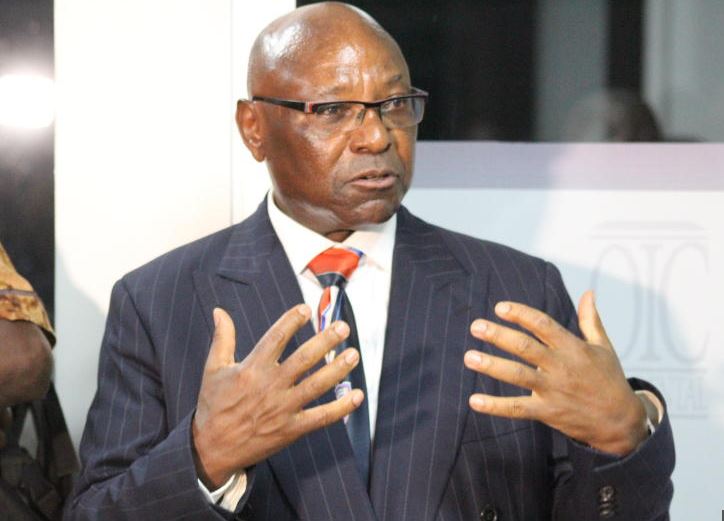 Another Murang’a native who is filthy rich. Jimnah Mbaru became a household name well before he declared his ambition to vie for Nairobi governorship. He may not have succeeded in politics, but his business is a different story.

Also from Rwathia, it is unclear whether Jimnah inherited the original fortune.

His stake in Britam is worth between Sh1 and 2 billion. However, his history in the stock market is long. He has held shares in probably all listed companies, but mostly interested in insurance and banking. He was also one of the founders of Trancentury and Dye & Blair.

As chairman and a major shareholder of one of the countries leading investment bank – Dye & Blair, which reportedly has over $300 million in assets under management, Jimnah is obviously a very wealth man.

His net worth is believed to be north of Sh3 billion. 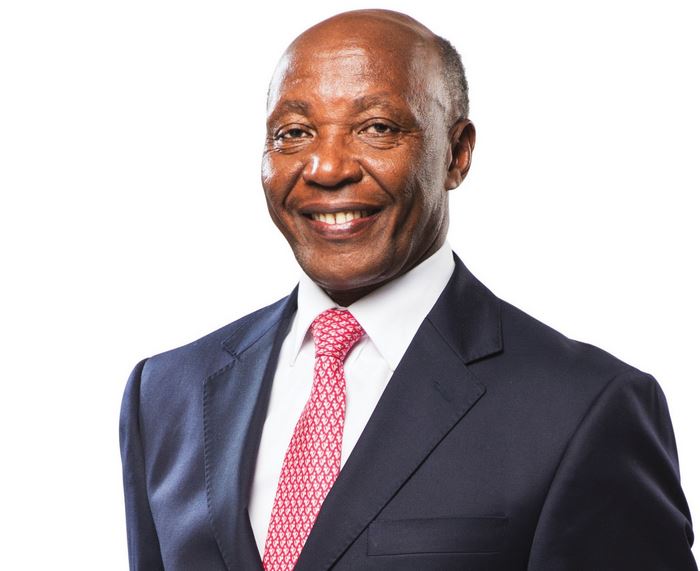 As the group managing director of Britam – one of the region’s largest insurance firms, Benson Wairegi has made a fortune for himself. His share in the company is also thought to be between Sh1 and 2 billion.

Wairegi is also at top individual shareholder at Equity, with a 0.25% stake.

His portfolio mirrors that of his home buddies James Mwangi and Peter Munga.

Read: Britam To Build a Shopping Mall Along Mombasa Road 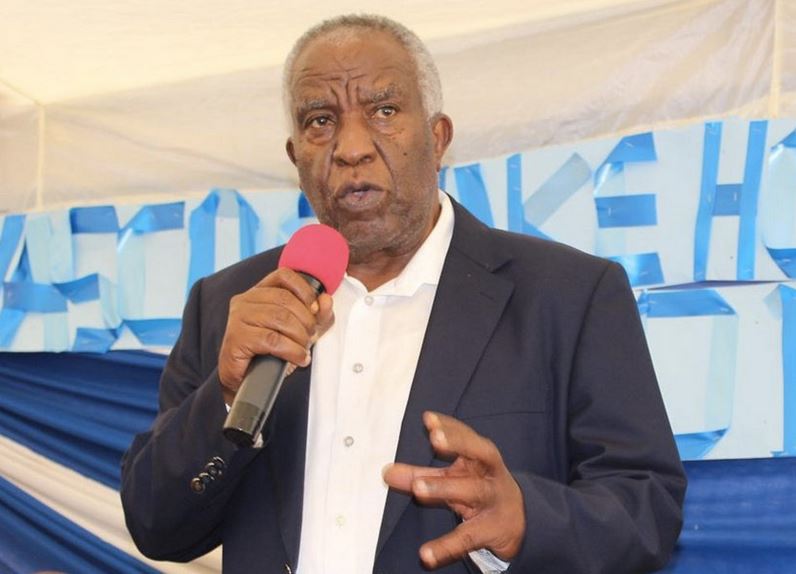 This other Murang’a native has a Britam stake also north of Sh1 billion.

Being the founder of Equity Bank, his shareholding in the bank alone would make him one of the wealthiest Kenyans.

Munga has however ventured into many other fields unlike his billionaire buddies. He owns institutions like Pioneer University, Pioneer high school and St. Paul Thomas. He has also ventured into manufacturing, particularly the processing and export of macadamia, peanuts and cashew nuts under the Equatorial brand.

Peter Munga is most likely the richest of the Murang’a billionaires, with his net worth estimated to be more than Sh10 billion.

Eric Kiraithe Sacked as Government Spokesman, Replaced by Cyrus Oguna < Previous
The Top Stories on the Internet Today (Wednesday May 8) Next >
Recommended stories you may like: