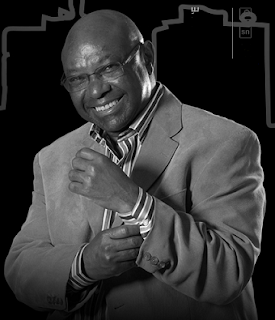 Nairobi Governor hopeful Jimnah Mbaru posted his Curriculum Vitae on his Facebook page this week and yesterday, it was a trending topic on social media. The length of the of the CV is what caught most by surprise, and the fact that most of the positions he has held are very high profile.

The timing of the release of the CV might not have been perfect, with its going viral only a day to the nominations, but most of the online commentators believed they had found their first governor.
Ferdinand Waititu, who is expected to compete with Mbaru, was forced to publicly display his graduation certificate and pictures from a University in India, to fight off allegations that he did not have even a bachelors degree. ODM hopeful Margaret Wanjiru was yesterday disqualified from vying because his degrees was confirmed to be from an unrecognized institution of learning.

Jimnah Mbaru on the other hand presents someone who has embraced education. He graduated from the University of Nairobi in 1971 with a Bachelor of Commerce (B.Com, hons), before taking a Master in Business Adminstration (MBA) in 1978. In 1998, he went back to the University of Nairobi, and in 2002 he graduated with a Bachelor in Laws (LLB, hons) in 2002.

Below are some tweets compiled by @nairobiwire, on Kenyans reactions to the CV


I hope the ballot paper will have either Mbaru or Kidero for Nairobi Governor. Either way will be a WIN-WIN for us. – Dimitri

This Jimnah Mbaru guy is starting to look like the real deal for Nairobi. They say never make your mind up until the last day.

Please be careful as you download Jimnah Mbaru’s CV; Your data bundles for the week will be over before you finish LQTM

Um…I asked for the chap’s CV, not Paul’s letter to the Thessalonians!!! Sssiet man!

After looking at Mbaru’s CV, i think Wanjiru should add another degree “Bachelor of Arts in Ushering and Mademoni Chasing”

I believe Mike Sonko’s CV can match that of Jimnah Mbaru….only that his will have to be in font 72″Lol

I’d rather read the iTunes terms and conditions than go through Jimna Mbaru’s CV!

Someone send me a link to Jimnah Mbaru’s CV! P.S – Start with ssn 1, naskia ni ndefu. 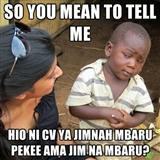 And below is a section of the very lengthy CV

Chairman and CEO:
Dyer and Blair (Uganda) Limited, Kampala, Uganda.
A stock broking company that deals with shares and stocks and is a member of the Uganda Stock Exchange.

Board Member:
Association of Kenya Stockbrokers.

Board Member:
Faculty of Commerce, University of Nairobi.

Member:
The National Economic and Social Council.
A Presidential appointment to advise the Government on fast-tracking of Economic Recovery Strategy for Wealth and Employment creation in Kenya.

Consultant: Economic Commission for Africa.
On Mobilization of Domestic Financial Resources in Africa.

The Choppers That TNA And URP Bought (Pictures) < Previous
Jimnah Mbaru VS Ordinary Kenyan – CV Comparison Next >
Recommended stories you may like: