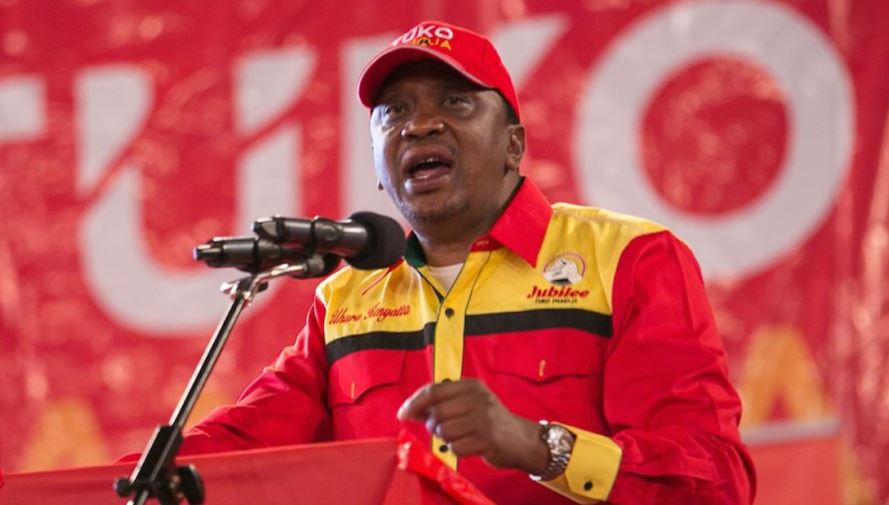 Shrewd businessmen world over have adopted the art of hedging their bets when it comes to political candidates.

For the fear of losing favour with an incoming government, they spread their financial resources across the major candidates, so that they are on the safe side irrespective of who becomes president.

This practice is very prevalent in Kenya, but President Uhuru Kenyatta has had the last of it.

On Friday night during the ‘Friends of Jubilee Foundation’ dinner at Safari Park Hotel, Uhuru asked his campaign donors to make a moral decision and stop the habit of funding both sides. He told them that he was aware that after the dinner, some of them would rush to Nasa to make their contributions.

“Tunajua vile wengine wanafanya, unaweka kidogo hapa na kidogo pale (We know what some are doing, you put a little here and a little there)”.

He said that they should instead choose to support something they truly believe in, and stick to that.

“You must believe in something and support it. I know some of you say they don’t want to be associated with politics and want to pass their support under the table. They are acting as if they do not believe in something because, if they did, they would openly come out in support of the Jubilee government achievements for Kenya,” he said.

“I told them not to come to State House, I have no business transactions in State House. Nimewaambia mpotee and mpotee kabisa! (I told them get lost),” he said, to the applause of those in attendance.

The dinner, organized by some of Kenya’s richest men led by SportPesa and Mobicom tycoon Paul Ndung’u, is reported to have raised Sh1 billion.

There were 5 levels of supporters at Safari Park.

There were silver supporters each contributing Sh2.5 million.

Bronze supporters contributed Sh1 million each, and finally garnet who donated Sh500,000 each.

MCs for the night were Julie Gichuru and Caroline Mutoko.

Those in attendance were required to have deposited the money beforehand, and were only presenting the slips. There was however a mobile equity bank outside for those who brought cash.

Kenyans and Ugandans on Twitter Go To War… Here are the Best Memes < Previous
The Hottest Stories on the Internet Today (Tuesday June 13) Next >
Recommended stories you may like: