“Eating 12 Kgs of Ugali in a Day is my Talent,” Kakamega Man Speaks 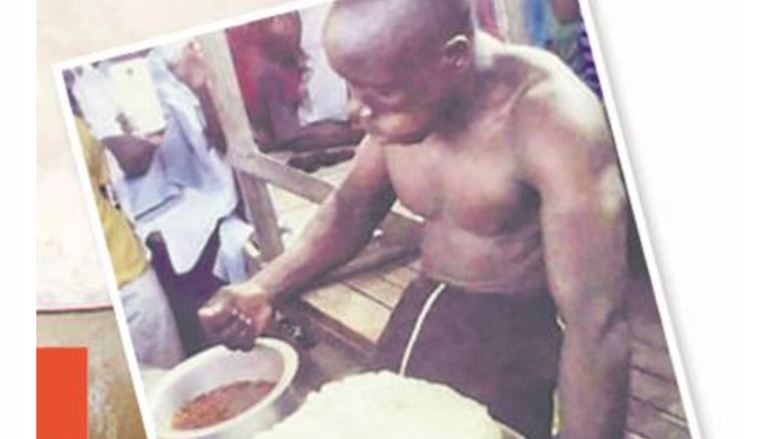 A Kakamega man who is renowned for consuming huge amounts of Ugali at a go says that is his talent.

Edward Alukuma from Shinyalu reportedly eats 12 kgs worth of maize flour in a single day. His neighbours even avoid him during lunch hours, fearing he could accept an invitation to dine with them.

Speaking to local publication Pambazuko, the father of four said that he views his ability to consume large quantities of ugali as a talent, pointing out that he sees nothing extraordinary about it.

“To me, it’s a talent. Let not people think I eat all that food every day since not only do I have kids to school but also two wives to take care of.”

“The high cost of living has forced me to stop eating 12 kg of ugali in a day as I have to take care of my responsibilities and a father and husband,” he said.

The 38-year-old earns a living repairing bodabodas at Shinyalu market.

He said that he only showcases his talent on condition that whoever wants to watch should cater for the food.

Alukuma also boasts a record of consuming 6 kgs worth of Ugali in under six minutes. His favourite accompaniment is eggs.

His record time has seen him cash in on his talent by placing bets.

“Many people don’t believe I can consume such large quantities of ugali and I encourage them to place bets. If I finish the ugali under the set time I walk away with the money,” Alukuma told Pambazuko.

However, Alukuma’s huge appetite has its share of challenges as he sometimes experiences difficulty breathing and walking.

Beatrice Elachi is a Stranger to Us, Nairobi MCAs say Ahead of Court Ruling < Previous
Governor Mutua Challenges US, EU to Name and Shame Corrupt Kenyans Next >
Recommended stories you may like: