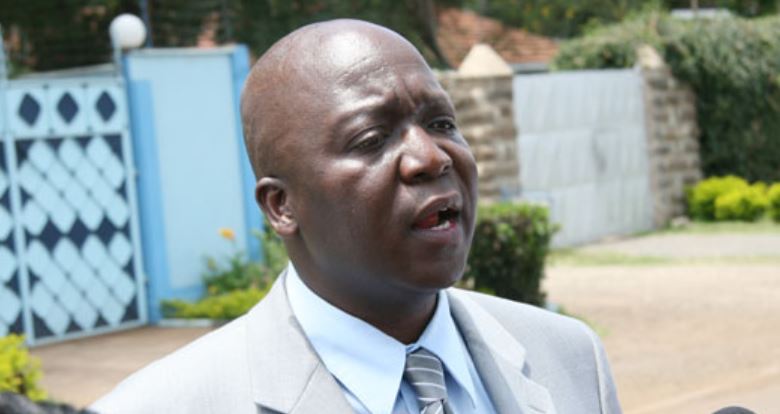 Mr Midiwo was slapped with Sh1,716, 820 fine after losing an election petition against his successor Elisha Odhiambo. He has managed to pay Sh 500, 000 only.

The vocal politician is pleading with the courts to allow him to settle the remaining amount in Sh 50, 000 installments.

Midiwo applied for release of the cash(Sh500,000) he had deposited as security while filing the case against Odhiambo and the IEBC.

The politician was required to settle the costs in 30 days from February 13, 2019, when Odhiambo filed his bill of costs. Midiwo then moved to a Kisumu court on March 14 seeking orders allowing him to pay the remaining Sh 1, 216, 820 in installments.

The hearing of Midiwo’s petition was certified urgent and it started on Tuesday.

“The applicant [Midiwo] is unable to pay the taxed sum at once and yet the 30 days stay of execution is to lapse on March 13, 2019,” Midiwo says in his application.

He wants the court to allow him to clear the debt in installments of Sh50,000 every month.

“I’m a pensioner receiving Sh 125, 000 monthly before tax and my family depends on the same pension for upkeep as it is our main source of livelihood,” Midiwo states in a supporting affidavit.

He adds, “I make this affidavit in support for leave to liquidate the costs by monthly installments.”

Mr Midiwo first lost to Elisha Odhiambo in the ODM primaries forcing him to contest for the seat as an independent candidate.

Joseph Kori “Did Not Meet Woman in Viral Pictures After the Death of His Wife” < Previous
MP Ngunjiri Claims Uhuruto Meeting Will Change Nothing Unless DP Ruto Does This Next >
Recommended stories you may like: