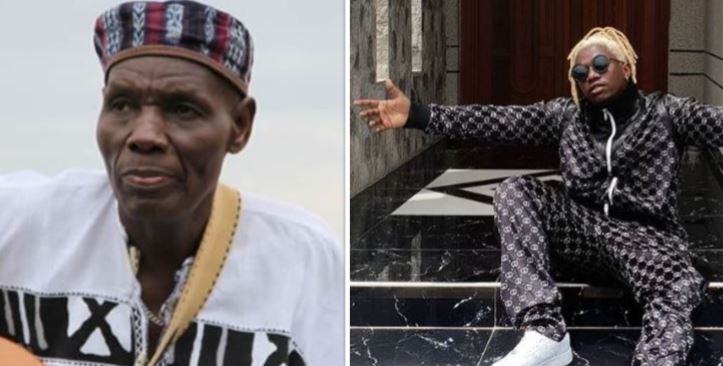 The African continent is still in mourning after it was robbed of yet another legendary musician in Oliver “Tuku” Mtukudzi.

He had been in and out of hospital since December.

As the world continues to mourn Tuku, Tanzanian singer Rayvanny is one of many African musicians who have paid tribute to the renowned musician.

The Bongo star was privileged to have had the chance to work with Tuku on a project that is yet to be released.

Give the song a listen below.

Can't beleive that We are not Together….I remember Last time you asked about release date of Our Song with you and @jahprayzah and today we are not Together…. … MAY YOUR SOUL REST IN PEACE (R.I.P DADDY ) LEGEND … … MARA YA MWISHO ULIULIZIA WIMBO WETU NA @jahprayzah UTATOKA LINI NA UKAOMBA KUWEPO KWENYE VIDEO LAKINI LEO HATUPO PAMOJA MUNGU AKULAZE MAHALI PEMA BABA ETU…. PUMZIKA SALAMA #LEGENG

New Music Video – ‘Gwala’ by Khaligraph Jones ft Ycee < Previous
Daddy Owen Reveals his Tips for Father and Son Bonding Next >
Recommended stories you may like: