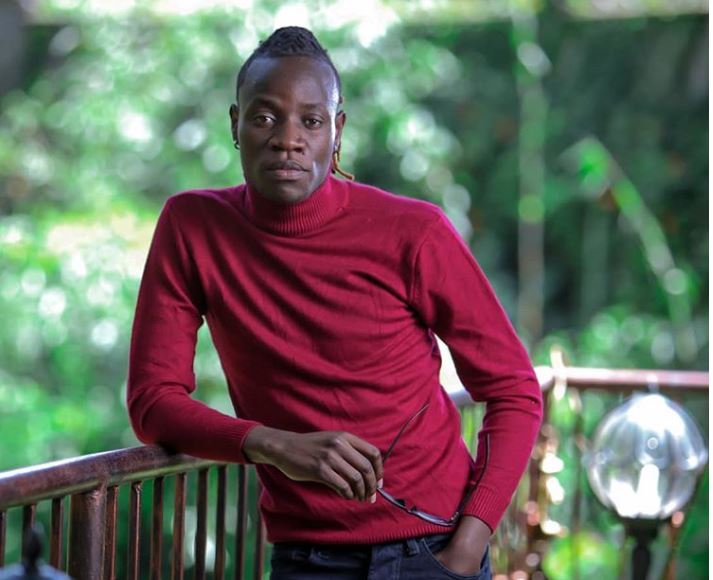 Groove Awards Artiste of the Year 2018 Guardian Angel, real name Audiphaxad Peter, talks music and his plans for 2019 to Nation.co.ke.

Having grown up as a street child, did you ever imagine your life as it is now?

That thought was never there. (Laughs). Most of the time, you imagine that that life is your destiny. I never saw any possibility of getting out of that life. It’s not everyone who really believes in God’s word that He will get you out of a certain situation. I dreamed about getting a small living space but still in the ghetto.

Who are your biggest musical influences at the moment?

Has to be Frank richboy Edwards from Nigeria and TD Jakes.

Who would you like to collaborate with in the near future?

What would you attribute your record hits to, which more often than not even end up gathering over one million views on YouTube?

It’s by the grace of God, honestly. The current hits are not that different from my songs back then. (Laughs). But we have changed how we work and how we produce the songs in terms of it being commercial music. We understand what people want from us and we try to be consistent and practice teamwork.

What would you say is your music’s ultimate purpose?

For a person to get transformation and restoration in their life, as much as music is a source of entertainment to most people. I want to get to a place where I can sing to a sick person and they get healed, or to a person on a wheelchair who will eventually stand and walk away carrying their wheelchair. David, before assuming the throne as king, used to calm King Saul simply by playing the harp. That shows how powerful music is.

How did winning the 2018 Groove Artiste of the Year make you feel in line with your goals and dreams?

Having lost several times in the previous years, winning the award was not really on my mind. I only worked on becoming a successful and great artiste. But winning propels us to a certain level in terms of visibility and placement as far as our brand is concerned.

You also received a number of congratulatory messages from notable names in the entertainment industry after your big win. How did that make you feel?

It felt really great. For a long time, I thought that many people didn’t know I existed. The win made me understand the magnitude of my brand’s recognition.

What’s the inspiration behind your lyrics?

I pray and read the Word of God a lot. The Holy Spirit guides me.

Are they based on real life experiences?

Of course. My target audience, as I said, is those who need encouragement and assurance that God knows what they are going through. I write about things I have gone through.

What was the inspiration behind “Amazing Grace”?

I was in Form Three at the time. I always wanted to produce a song that will have an impact for a very long time, and at that time, I realised hymns did exactly that.

What challenges would you say you face in the gospel music industry in Kenya?

I would say staying relevant. The entertainment industry is at a point where a meme, for example, can literally beat a song in becoming a hit. You may find yourself spending thousands working on a song or a project that will not be relevant at the time of releasing.

Another challenge we face is that people prefer to seek entertainment from comedy rather than things that are really happening. I know we are not in the place to please everyone, but it’s our work’s purpose to get into the hearts of most of our audience.

In a previous interview, you mentioned you are an environmental conservationist. How do you work around your philanthropy?

I have slowed down on that for now so that I can concentrate more on my music. But the goal really is to take up after Wangari Maathai by cleaning up and planting trees around our community.

What should we expect from you this year?

We’re going international in 2019. We believe we have what it takes. We just recently discovered some artistes from Panama who did a cover for my song in Spanish. Most of the time, it’s African artistes who do covers on other songs so this really encouraged me. For these artistes to translate the lyrics from Swahili to Spanish and make a cover means that the song must have had an impact on them. We are in talks with these artistes to have a collaboration.

Comedian YY Opens Up on Abusive Relationship with Late Father < Previous
Hilarious Posts by Kenyans on Social Media to Take Away Those Monday Blues Next >
Recommended stories you may like: