You are Told to Suck Toes, Bridget Achieng’ on Sleeping With Rich Men [VIDEO] 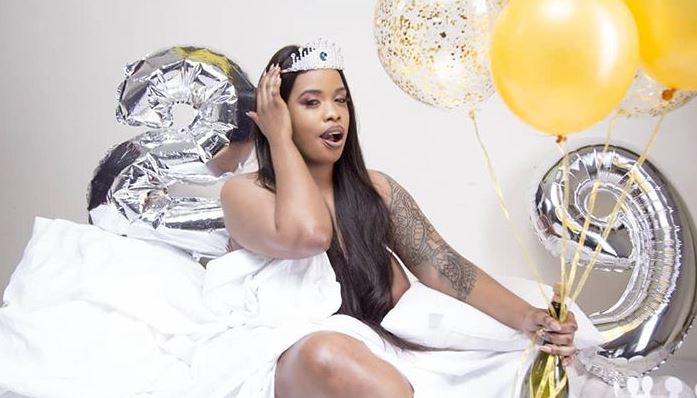 Nairobi socialite turned Nollywood actress Bridget Achieng’ has spilled the beans on her days as an escort, saying she did it out of desperation.

Talking to BBC Africa, the plus size model, who was once a house girl, disclosed that she decided to try being a socialite and her life changed drastically. Wealthy men from as far as Dubai would slide into her DM for her services and at the right price she would give in.

“I tried (the trade), I wouldn’t say I didn’t try. You are a desperate girl looking for money and you are getting a guy who wants to give you like ten thousand dollars just to go visit him in Dubai or wherever, and he is willing to dash you 10 thousand dollars! Some people have never seen 10 thousand dollars in their life man. You just need to look pretty and get your 10,000 dollars and get on that flight and go do what you have to do,” she narrated.

However, as enticing as it sounds on paper, the seemingly easy money comes with bizarre demands from clients. According to Bridget, some of the demands include sucking toes.

“I always feel like it has to be something that is in you because it’s crazy things you are asked to do. You are told to suck toes, to do what, like it’s crazy. Like I don’t want to go into details about that because it freaks me out, I don’t want to scare people. But the young girls need to know there is nothing for nothing. You want a million bucks you will do something that is worth a million bucks, you want five thousand five dollars you will do something that is worth five thousand dollars,’’ she said.

And why did she do it?

“It’s something I tried when I was at my desperate moment. I had to do it to just get back up. It’s not something any woman should be proud of doing,’” Ms Achieng’ said.

The actress also talked about her experience growing up in Kibera slums. She revealed how rampant rape in the slum is, and it is where her first sexual experience was after she was raped at a young age.

‘’I was molested when I was a kid and it really affected me until I was 25,’’ she told BBC Africa.

Bridgete is now giving back to the society through an orphanage in Kibera which houses 30 Kids.

Dr Ofweneke: I Enjoyed my Marriage With Nicah the Queen < Previous
First in East Africa! King Kaka Named Remy Martin Campaign Ambassador Next >
Recommended stories you may like: