Dr Ofweneke: I Enjoyed my Marriage With Nicah the Queen 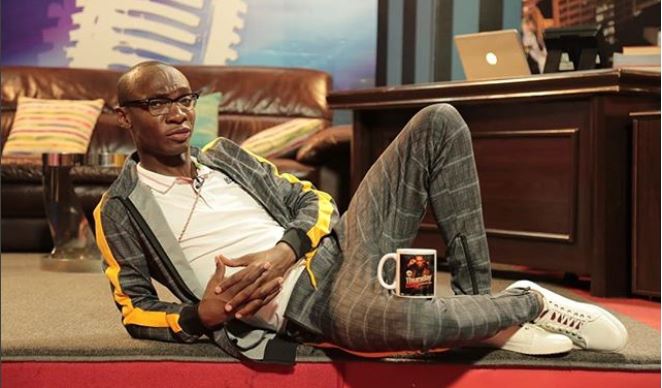 Television talk show host Sande Bush alias Dr Ofweneke has nothing but good things to say about his failed marriage with gospel songstress Nicah The Queen.

The two were once the power couple before going their separate ways just three months after Dr Ofweneke had proposed, with Nicah accusing him of being a wife batterer.

With both having moved on, Nicah appeared to make a joke out their relationship about two weeks ago when she shared one of their happier memories from four years ago.

A week before that, Nicah declared that she would never go back to the comedian after a fan had asked her if she would consider it.

“No I will never go back to Egypt,” said Nicah.

And now, the comedian has spoken up about Nicah’s social media activity claiming that he did not see her posts. He, however, confirmed that they are in good terms.

“Nicah and I talk, but we basically talk about our children and nothing more. We are in good terms because of the children but whatever she is doing with her life, that I respect even if I don’t know what she does,” said Ofweneke.

Asked if he would go back to Nicah, Ofweneke said they have both moved on with their lives. He said the marriage was enjoyable and that he is still open to marrying again.

“I don’t regret my past because there is a beautiful baby involved. It was good when it lasted and I enjoyed my marriage, but I will marry again when the right time comes.”

Did ‘Lamba Lolo’ Crew Ethic Turn Down Timmy Tdat Collabo? They Speak Up < Previous
You are Told to Suck Toes, Bridget Achieng’ on Sleeping With Rich Men [VIDEO] Next >
Recommended stories you may like: