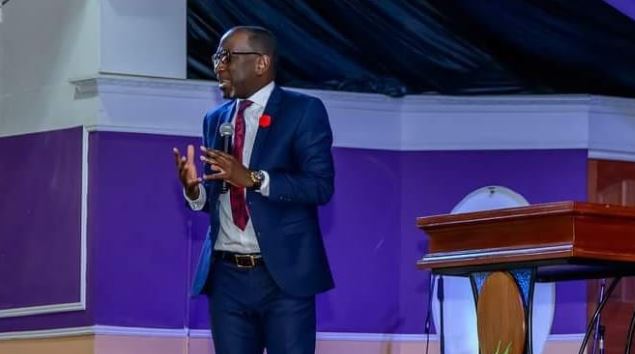 Come what may, Robert Burale will not be cowed by social media bullies, the pastor has declared.

Burale has been a hot topic of discussion on social media circles in recent times, especially on Facebook where his opinions often rub some people the wrong way.

When he is not giving men controversial relationship advice or openly talking about sex, Burale is often the subject of cyber-bullying in some gossip groups on Facebook.

But, Burale, who doubles up as a motivational speaker, does not seem fazed by the negative attention after he used it as an example in a recent inspiring sermon.

In the sermon about the importance of having faith in God, Burale observed how a certain Facebook group abuses him every other week.

“When God speaks, no demon in hell can stand. No scheme of man, no WhatsApp group, no Facebook group that sijui they are called what that abuse you like they abuse me twice a week, will stand,” Burale says in a video posted on his socials.

“… I know the faith I have and I obey the voice of God, You will say this but God has said that. And then you wonder how comes what we’re saying is not manifesting and maybe some of you who are in that group are looking at me now and you’re saying “Kiko hapa”…but it is okay I know what the voice of the Lord said to me,” says Burale as his congregants erupt in cheer.

Watch that inspiring sermon below.

It’s a Bun in the Oven for ‘Nairobi Diaries’ Sweethearts Risper Faith and Brian – PHOTOS < Previous
Njugush Laughs Off Plagiarism Allegations by Struggling Comedian Next >
Recommended stories you may like: