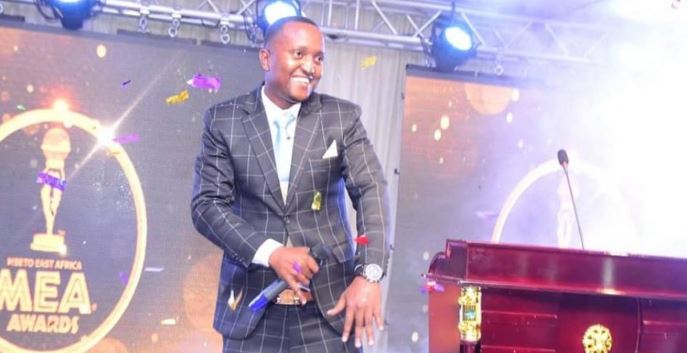 To say the media personality has outdone himself would be an understatement. In addition to presenting on the radio[Mambo Mseto on Radio Citizen], Tuva is also on TV [Mseto EA on Citizen TV].

Willy Tuva, however, did not always have it easy and faced a lot of rejection early on as he tried to find his niche.

“I was also a cartoonist and sometimes my mother would scold me, asking me why I was concentrating so much on art rather than my studies. On the other hand my dad was so supportive and he bought me a drawing book. I longed for the day I would be a public figure and because I never doubted myself, I am who I am today.”

He adds: “Whatever you want to do in future, believe it and it will come to happen.”

Mzazi Tuva first came to Nairobi when he was seeking to enroll in college.

“One day in Lamu, my father brought me a newspaper with an advertisement from the Kenya Institute of Mass Communication…I was among those [admitted to KIMC]. Nilikua mshamba sana so tukitembea na marafiki zangu nikiona watu wanatembea haraka town I used to think there was strike, so I would just board a matatu and go back to South C nikawatch news to know what was happening in town, sababu Mombasa mambo ni pole pole.”

On the beginning of his media journey, Tuva revealed: “When I was a first-year student at the KIMC. I remember there was a time they were doing auditions for KBC at the college, I gave it a try and qualified. They called me for the interview and I was one of the top 10 who were selected. I ended up not being given the job since I was still in school. I asked them to give me a night show, but they refused. I almost gave up but my friend encouraged me not to give up.”

He lost the interest in presenting and turned his focus on drawing, which was also not easy.

“Nikaanza kuchora. I would run from one media house to another looking for an opportunity to give my work. I remember one editor I took my drawings to told me, ‘you are cartoonist’ but he was too busy for me so he told me, ‘you see all these files, they belong to people like you who are looking for what you want. So put your files here and come later.’ I said no I won’t leave my files there and left.”

Never one to be deterred, Mzazi went to another media house, where the receptionist asked him if he had an appointment.

One day he went to the Kenya Times, where the editor looked at his work and noted he was talented. The editor told him, “…this is how I am going to help you. I am going to give you a list of names that you are going to look for.”

Tuva says, “The next day, I went there confidently with the name and presented my work to them, and the next day my cartoon was in the newspaper. I felt so happy.”

“Later on, I had never applied for a job at Citizen Radio, but one day I was called there for an interview and I passed. I thank God He had His reasons.”

The director of programme asked him what he had to offer.

“I gave them my idea and my dream, which was to develop Talanta za Vijana, and I was told that I had the job.”

Zari: I Used a Lot of my Money to Help Diamond Build Sh20 Million Mansion in Madale < Previous
The Latest on Githurai Matatu Crew Who Pushed Student Out of Moving Bus Next >
Recommended stories you may like: