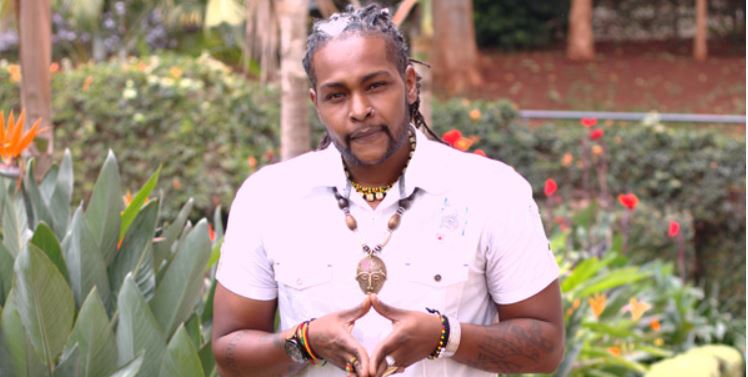 Dominic Kariuki Ngori, better known by his stage name Coco Sobo, has finally opened up about his past struggle with drug addiction.

The celebrated radio presenter who currently hosts ‘One Love’ reggae show on Citizen TV, was hooked on Heroin for about 16 years. He had his first taste of the drug at the tender age of 14 after eating ice cream from a vendor who had laced the snack with heroin.

During an interview on Ebru’s ‘Let’s Talk’ show, Coco Sobo said it wasn’t until when he moved to South Africa that the heroin habit fully kicked in.

For the 16 years that he was hooked, Coco Sobo saw and did it all, including sleeping on the streets.

“I was in and out of rehab more than 20 times both in South Africa and in Kenya. I remember my parents paying Sh500,000 at some point so I could go to a rehab in Kenya,” recounted Coco.

He said he got so used to rehabs that he would manipulate the doctors into giving him more medication just to get a sense of some high.

“I was a junkie that had given up on life. I used to black out and sleep on the streets and all this time, my family would take me back in and take care of me.”

His parents cajoled him to go back to rehab after numerous unsuccessful stints by threatening to withdraw every form of financial support. Coco Sobo had never worked a day in his life.

“They said they would withdraw everything. This scared me and I decided to give it another shot at rehab. At first, I just wanted to please my parents, but after a while, I also started to like the new me,” said Coco.

“My mother is the reason I am where I am now, I love her so much. She once told me that no matter what I do with my life, I will always be her son. And that was so profound for me.”

On why he has finally decided to come out, Sobo said: “What made me come out and speak about it was because of the fact that I survived, I was using for 16 years of my life. So the fact that I made it out that for me was a sign that I need to spread the word.

“I need to be a message of hope to the youth out here, I need to save them a lot of pain and just try and guide them. I’m not gonna tell them don’t have sex, don’t do drugs because that’s not realistic they are gonna do it anyway. So what I’m trying to do is give them the guidelines and hopefully, they are gonna do it the right way or in moderation with the right people around.”

The Hottest Stories on the Internet Today (Thursday July 19) < Previous
Gracious Amani Makes Musical Debut and It is Beautiful – Watch Next >
Recommended stories you may like: