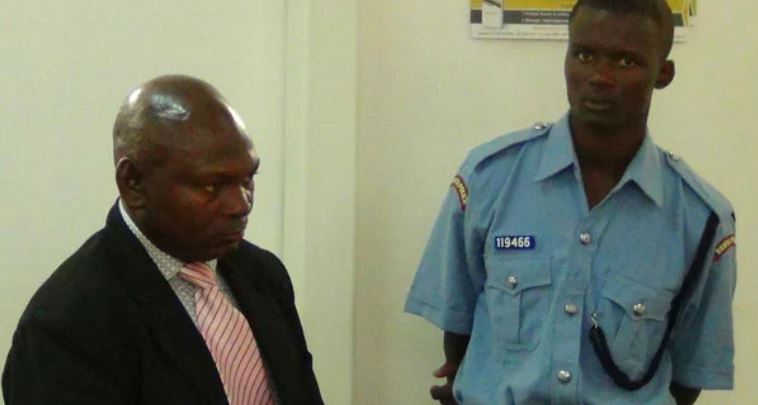 A high school Principal has appeared before court to answer to charges of raping a Form Four student in Kitui.

Samuel Matuvi Kimanzi, the Mosa Mixed Secondary School principal, is said to have stormed into a girls’ dormitory on the night of May 21 this year for a random inspection.

After the inspection at around 2 am, the school head is alleged to have summoned the victim outside the dormitory where he took her to a nearby fence and defiled her.

Weeping uncontrollably after the assault, the student is said to have informed her colleagues leading to a riot the following morning. The angry students boycotted classes demanding the victim’s guardian to be informed of the incident.

It was then that police officers responded and arrested Mr Matuvi.

He appeared in a Kitui court Wednesday and pleaded not guilty. He was released on Sh50,000 cash bail.

Lookie Lookie! STL Shows Akothee How to Stay Classy and Sexy [Hot Photo] < Previous
Lulu Hassan Moving Tribute to Kanze Dena is Friendship Goals Next >
Recommended stories you may like: