“Willy Paul Was Being Petty,” Harmonize Speaks on Beef and More 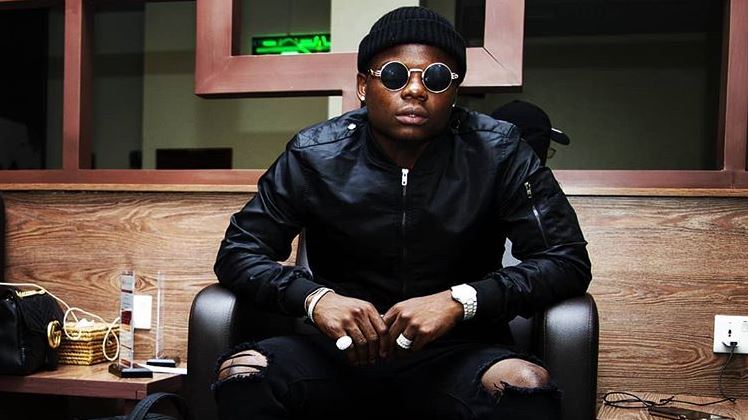 Bongo Flava singer Harmonize has said Willy Paul was being petty when he called him out for not promoting their song – PiliPili.

Harmonize, who is signed under Diamond Platnumz’ Wasafi stable, was in the country a little over the week when he addressed the alleged beef.

The “Kwangwaru” hitmaker spoke to Buzz about that and more.

I guess you are accustomed to Nairobi now

I guess so too. I have been here many times, thanks to the love and support my Kenyan fans have shown me. It has been amazing.

Do Wasafi Classic artistes rely on ‘kiki’ (publicity stunts) to push their brands, bearing in mind the scandals you guys evoke every other day?

Not really! That is not true. All we do is create good music for our fans to enjoy. The sideshows and ‘kikis’ that you see are created by other people; could be the fans, but not us. We’ve got no time for such, the content we put out there is enough to protect and build our brands and that’s why we are where we are today, as Wasafi.

You must have noticed that these ‘kikis’ we’re talking about do happen, in most cases, when you are about to release a new track or just after. Would you say that is a coincidence?

(Laughs) Interesting. I would say yes, it could be some sort of coincidence because every time we think of dropping a song, something negative pops up. And when it does, all we do is just bury our heads, act like we have no idea what is going on, and carry on with our schedule as planned. I insist we don’t have time for ‘kikis’, we’re too busy with life.

What’s up with you and Willy Paul? You did a remix to his song “Pilipili” and he later came out accusing you of not doing enough to push the song in Tanzania. Did you see the comments from him?

Yes, I did see them, but in the same breath, I wondered how he would he have known that yet he is in Kenya and I am in Tanzania? How did he know if I am pushing the song or not? I think he was just being petty.

He argues that after the release of the remix, it didn’t take long before you dropped your song ‘Kwangwaru’ featuring Diamond?

Let’s get one thing clear here, that was his project and this was a Wasafi management project that was on schedule. It wouldn’t have mattered even if I had done several collabos outside Wasafi that dropped prior to ‘Kwangwaru’s’ release. At Wasafi, we go by the management’s schedule, irrespective of what’s happening, because that’s their main work, to manage our content.

Talking about management, I noticed you tagged along someone introduced as your personal manager, Mr Joel Joseph. Does it mean you’re partially signed to Wasafi, known to be managed by two people — Sallam and Babu Tale?

I wouldn’t want to get into details about that but here is the thing, at Wasafi, Babu Tale and Sallam are the top-most managers; they run the show. However, every other artiste signed under Wasafi has his or her own manager assigned to him, and in my case it is Mr Puaz (Joel Joseph).

If we are to push aside matters music for a second, tell us what happened between you and your ex-girlfriend, actress Jacline Wolper, to the extent that you had to ‘diss’ her in an entire song “Nishachoka”?

Those are old stories, man. It’s so stale, I can’t talk about that right now. Besides, I’m dating someone else. But all the same, things happen and lovers part ways. Our case wasn’t any different.

There are rumours that you are with your current Italian girlfriend Sarah because she comes from a wealthy background?

Every person is entitled to his or her opinion. They can say all they want to but they should know I love my wife and I am just living my life.

Your wife? How comes we never heard of the wedding bells?

Yes, we are married. And it’s not a must that one has to broadcast when getting married. Marriage is to God first.

Still on matters marriage, a few months ago, when you attended Shilole’s (Tanzanian musician) wedding, you promised to gift her a Noah. Rumour has it that you never honoured your words?

I delivered the car to her the second day after the wedding. It’s just that I didn’t put it out there for the world to see because I am not that kind of person.

Lastly, if you were to recommend an artiste from Kenya to Wasafi records, who would that be?

There are a couple but I wouldn’t want to mention names and end up creating a hostile environment with my peers from Kenya.

Dance with me, my love. It’s Nigerian dialect.

Diamond says you’re the second richest under his label?

Hehehe! He said that? I’m not so sure.

You got shares at Wasafi TV/Radio?

Do you miss Jacline Wolper?

You were close to Zari, do you still visit her?

What’s that one attribute that strikes you in a woman?

What happened to Sarah’s pregnancy?

She had a miscarriage.

Everything You Need To Know About Kenyan International Actress Grace Michelle Mbayah < Previous
Funny Posts by Kenyans on Social Media to Take Away Those Monday Blues Next >
Recommended stories you may like: