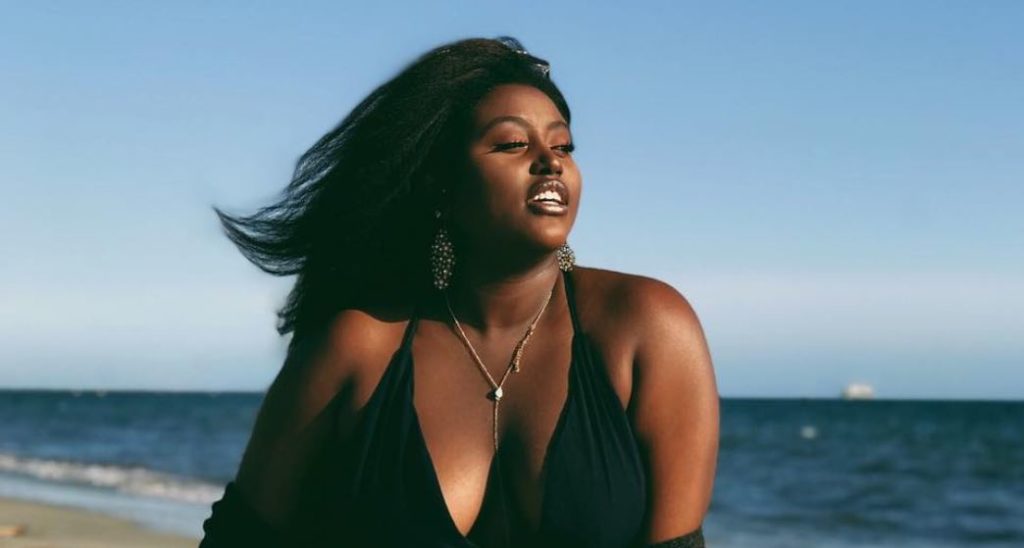 Grace Michelle Mbayah was born in Nairobi, Kenya. She was fortunate to have found her love for acting at an early age and has been performing since she was 12. She has had a multi-cultural upbringing which she says, “…has lead to an appreciation of story-telling.”

Curiosity to learn about the craft in both a Theatrical and Film capacity brought her into the doors of The New York Film Academy, in New York and later Los Angeles. She recently graduated with a Bachelors of Fine Arts Degree and was awarded Honors.

Her most recent works include a stage production of ‘In The Red & Brown Water’ by Tarell McAlvin. Directed by Page de la Harpe. “Circle of Life: An Adaptation of the Lion King.’ Directed by Simmie Sangian.

Her recent works in Film include ‘SLATE’ Directed by Nate Hapke and ‘Sheep, Goats & Cows’ Directed by Tamara Bunker.

How long have you been passionate about acting?

Since I was 12, at school in Swaziland. It was a class I was most comfortable and excelled in. I maintained it throughout high school, when I came back to do my A Level education at Brookhouse, and took it to college. 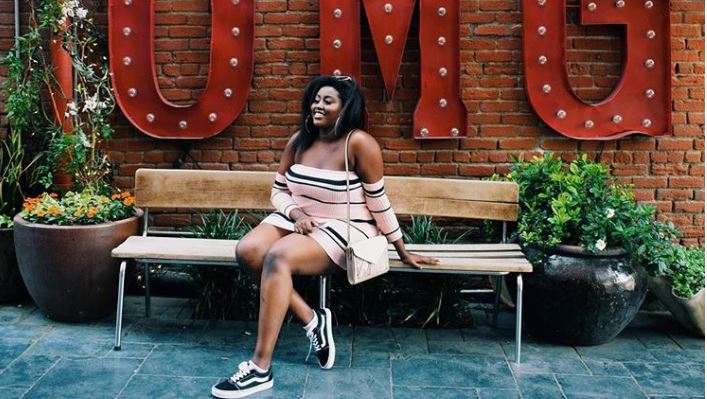 So you took the Arts in your A Levels?

No. My parents were very adamant about me doing Maths and Business, so I took those subjects to try and prove something to them. That time, in high school, enhanced leadership skills in me and standing up for what I wanted to do.

I was voted house captain and I became more confident, assertive and also responsible for other people, besides myself.

I wanted to study film in university and my parents wanted me to study business. I told them ‘no’; I wasn’t passionate about it.

When I was applying to study theatre at university they said there was a disconnect, as I hadn’t studied drama in high school. Ultimately, I ended up going to New York Film Academy, which is a technical college in New York, and later Los Angeles.

Where did you pick up production and scripting?

In university. There are different classes and I stumbled upon a playwriting class. I fell in love with it because we would write plays and stage them. The process of creating something from nothing and bringing it to life felt right.

It’s a very technical school so we would do a lot of productions and shoots, taking on different positions in front and behind the camera.

What is ‘Sheep, Goats and Cows’ about?

It was my thesis film and it’s 10 minutes long. It is about dowry and dowry payment.

We left Kenya for Swaziland when I was seven, I came back for a bit then I went to the US, and you get accustomed to other cultures but then you lose a sense of your own culture – like my Kikuyu and Swahili are not as strong because I don’t interact with a lot of Kenyans.

I wrote a script about couple from different cultures at a fish market getting things for a dinner with their parents and they were going to deal with culture clashes and issues at the dinner for a class.

My teacher said it struck him as a piece about identity because they were talking about the pressures of the dinner at the market. My initial title was ‘Dowry’, which he said was bland. My friend suggested ‘Sheep, Goats and Cows’.

Intercultural dating and relationships have been interesting for me, so that’s how the idea came. I wanted it to be a bit serious because it’s something Kenyans in the diaspora deal with but don’t speak to – what is the resolution when you feel like you don’t belong out there but don’t belong back home either.

We started screening it in May that also included a Nairobi premiere at Brookhouse School with a Q&A segment afterwards. 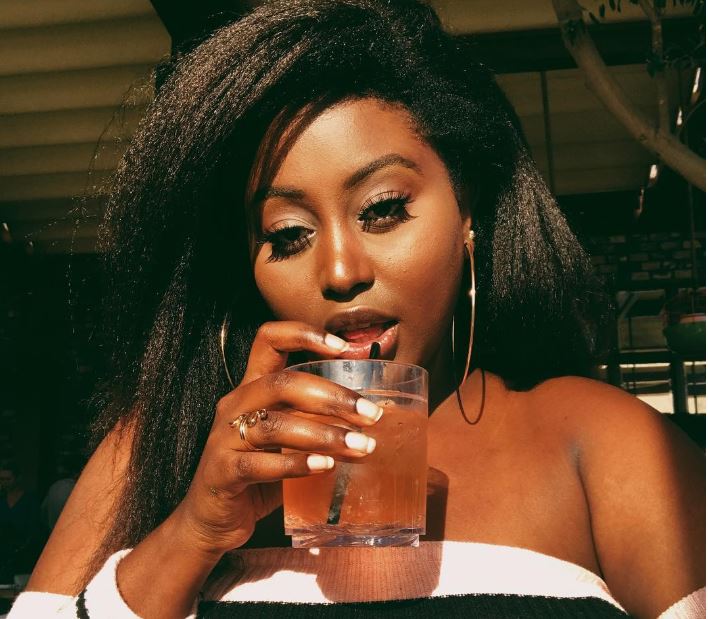 How was the production process?

I relied a lot on my friends to produce the idea I had. The house we shot in was completely free because of my friend who lives in Calabasas. It would have easily cost me $10,000 to shoot on that property. The crew were also friends from the film school trying to build a real portfolio. We shot it in one day.

What challenges did you face during this production?

Not having enough batteries or extension cables, people lacking transportation or not being on time. It was, however, a supportive environment seeing that we are all still early into our careers, and we tried to fix problems rather than be mad at each other. Calabasas is also very isolated and it made it an expensive getting things there.

How did you get your film entered in the different film festivals?

We had a production class that taught us how to produce, manage and package a short film, and to submit it to a film festival.

We’ve been screened at Glendale International Film Festival, Indie Night Film Festival, and got a few acknowledgements including winning Award of Merit at the Best Shorts Competition, Award of Recognition for Women Filmmakers at IndieFEST Film Awards, winning Bronze Award for Best Short Film at LA Shorts Awards, and got an Honourable Mention for Best Actress at Los Angeles Film Awards.

What does the near-future hold for you?

I want to focus on acting right now. My work permit comes out in a few weeks. Jim Carey said you can fail at anything so you might as well fail at something you love. I also want to shoot a web series in Nairobi, but it’s still in pre pre-production stages.

How do you get work in the meantime?

I moved to LA and live a street across Hollywood Boulevard to be in that circle of entertainment. I’ve been helping out friends in their productions and in turn they recommend me to others. I was an extra on ‘9JKL’, ‘General Hospital’ and through that I got cast for a short film titled ‘Slate’.

There are also websites I’ve signed up to that I check to see if there’s auditions that suit me to sing up for. I was in a friend’s music video (‘Move’ by Milbelynn), and modelled for a t-shirt company (Feminine Funk) and a friend’s makeup portfolio (Faces by Pierre).

Did you consciously get into modelling?

I had friends who were photographers and they would ask me to go with them so they could take photos of me. It was fun then I started doing professional shoots and I now get gigs at least every two weeks. You have to put yourself out there and do different things, your paycheck won’t find you in the house. 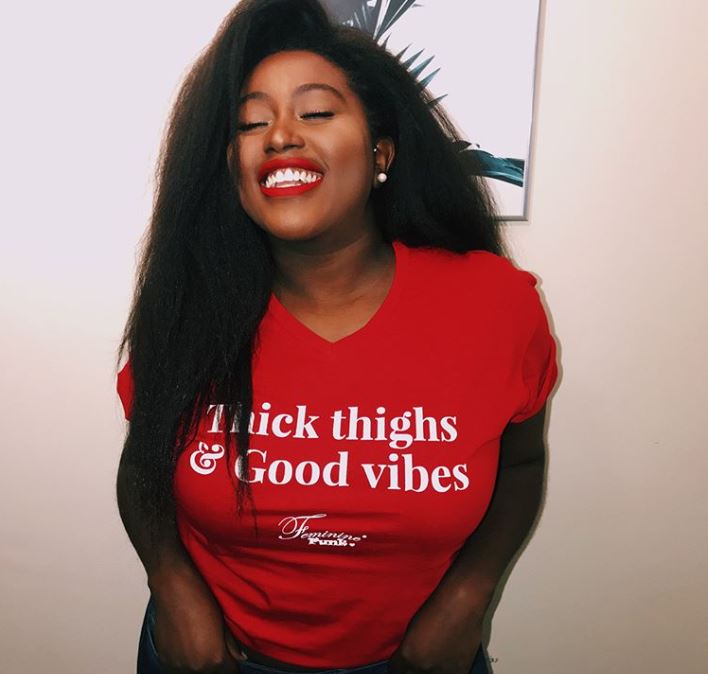 Have you met any celebrities in person?

I met Amber Rose in a makeup store, while she was dating Wiz Khalifa, and she said I resembled Wiz’s sister. I couldn’t believe we were having a conversation. I saw Michael Ealy at a premiere and just as he looked me in my eye my phone – which was at one per cent – died; I couldn’t even talk.

Also Greta Gerwig, ‘Lady Bird’ director, was giving a talk for women in film and I went to ask questions afterwards. In the middle of our conversation I realised I had pulled her away from Dustin Hoffman and he was now the third wheel.

You see them on TV and assume they are going to glow but they are just regular people.

Papa Shirandula’s Awinja Shares Tips For Making It in the Kenyan Film Industry < Previous
“Willy Paul Was Being Petty,” Harmonize Speaks on Beef and More Next >
Recommended stories you may like: