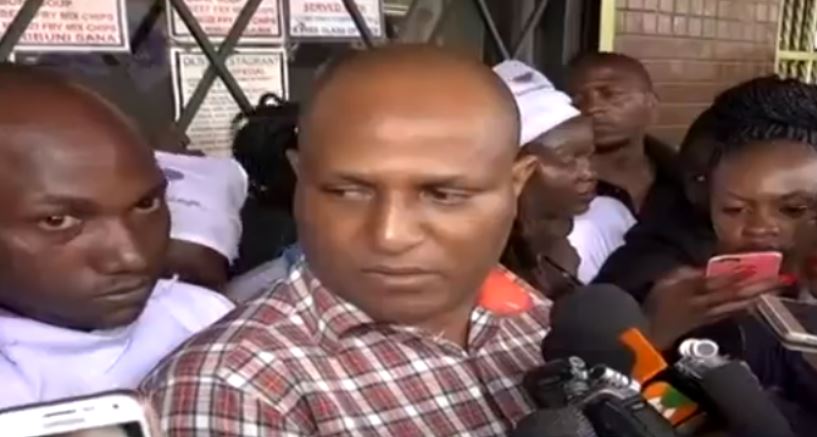 A mother who claimed that she was kicked out of the Olive Restaurant in Nairobi for breastfeeding in public lied. This is according to the restaurant’s management which issued a statement on Monday after completing their investigations.

In a press statement delivered at the restaurant’s Accra Road branch, the management said the woman, identified as Betty Kim, lied to the public as well as the media about what transpired.

Referring to CCTV footage of the incident, Olive management said Betty entered the hotel at around 12:38 pm and placed her order within a minute of sitting. Her food was delivered four minutes later at 12:42 pm.

This is contrary to Betty’s claim that her meal was delayed for almost half an hour which caused her baby to get hungry and demand to be fed.

“About 25 minutes after being served and beginning eating, she begins suckling her baby,” the statement reads.

“About 5 minutes into the activity, a waiter gestures to her where they engage for about 30 seconds after which there is a moment of eminent laughter and a long smile from her then she proceeds with her meal and does not leave the hotel as alleged.”

The statement further notes that Betty finished her meal a while after 1:30pm and then asked for a glass of hot water, paid her bill and left.

The restaurant’s management, while denying any wrongdoing, said the woman’s allegations that she was ordered to breastfeed her baby in the washroom remains a mystery to them.

“We are still surprised by the false and fabricated angle adopted in the petition presented to us on Tuesday last week by various lobby groups,” reads part of the statement.

The hotel added that efforts to reach Betty have not been fruitful.

“We have gone ahead to call for the lady known as Betty to come to us so that we can be in a position to effectively deal with this issue with complete information to no avail.”

The alleged incident drew public uproar, leading to a major demonstration Women of Kenya on behalf of their children on Tuesday, May 15, 2018.

While apologizing for the incident, the hotel said they will provide space to cater for breastfeeding mothers to avert any such incidences in the future.

PHOTO – Look at What Nairobi Potholes Have Done to Ben Kangangi’s Expensive Porsche < Previous
The Hottest Stories on the Internet Today (Wednesday May 23) Next >
Recommended stories you may like: