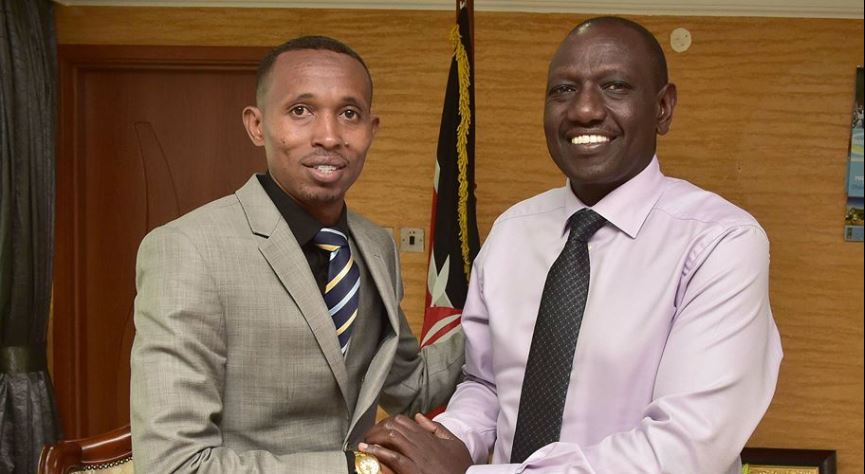 According to Moha, the two leaders met this week and discussed a wide range of issues touching on the people of Nyali.

“The DP pledged to support my agenda of service to the people. I equally promised him my unequivocal support in backing the Government’s Big Four Agenda and his efforts to bring forth a united Kenya,” wrote Moha on Facebook. 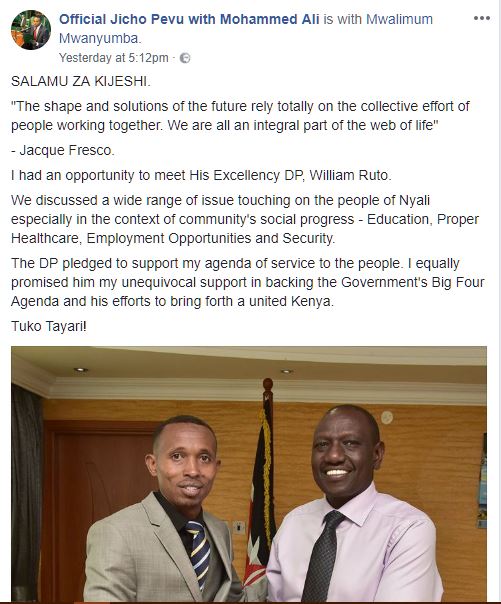 Moha’s declaration stunned Kenyans as they could not believe that the once vocal government critic is now in support of the Jubilee government.

Chisano Joaquim wrote: “Huyu ni yule Moha who vehemently condemned grabbing of a school playground of Langata Primary school? Can you jog your memory on what you said at Jeff Koinange’s show JKL live at then KTN about Ruto? What’s your say Moha about 700 % increment of MPs pension? Power can change a person.”

John Kamau stated: “Moha’s time to serve Kenyans ended after he became an Mp. Its now time to catch up with his colleagues so they can serve themselves.”

Karithi Evans commented, “Now your[sic] dinning with the oppressors you were just seeking sympathy from the oppressed masses to cling to power and fill your stomach it well your ideologies resonated well with the poor now its time to oppress them karma is real.”

Odengo Evans said: “This is a journo who hit them hard & called them names & unearthed their dirty deeds. Now he is busy dining with them. Infact he is them.”

Trevor Marc blasted, “You were more useful being a journalist.”

Human Bones Found in Home of GSU Officer Accused of Killing Girlfriend and Son < Previous
Joy as Bahati’s Daughter is Discharged From Hospital Next >
Recommended stories you may like: