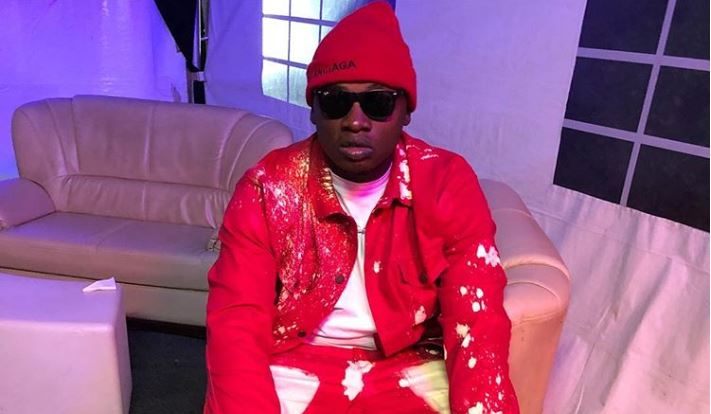 Rapper Khaligraph Jones has not responded kindly to reports that Sauti Sol might be hanging up the mic.

The popular Afro-pop boy band intimated a few weeks ago that they are set to retire as they feel they have done enough. They even said they would be relocating from Kenya in news that stunned their fans.

One of those disspaointed by the reports is Khaligraph Jones, who recently worked with Sauti Sol on “Rewind”. According to the ‘Mazishi’ hitmaker, it is impossible to retire from music.

Asked if he would retire someday, Khali said, “I am not going anywhere. Forever I will do music.

“My music is all passion and I don’t do music to impress people, so even if it gets to a point my fans will get tired of me, I will still do it because it is within me. So there is no retiring until infinity.”

Khaligraph is currently gearing for the release of his debut album – Testimony 1990- next month.

“I am releasing the album on 12th June, which will also be my birthday. The album is called Testimony 1990. It is my year of birth and I am giving out my life testimony form the beginning,” said Khali.

He said the album boasts 17 tracks with different artistes, local and international, adding that “the album is in another level”.

“The skills that have been incorporated doing the album compiling will set trends.”
PHOTOS: Diamond Platnumz Reconciles With Mom, To Launch Reality TV Show < Previous
Widower Whose Wife’s Struggles With Diabetes Complications Moved the Country to Tears Remarries Next >
Recommended stories you may like: