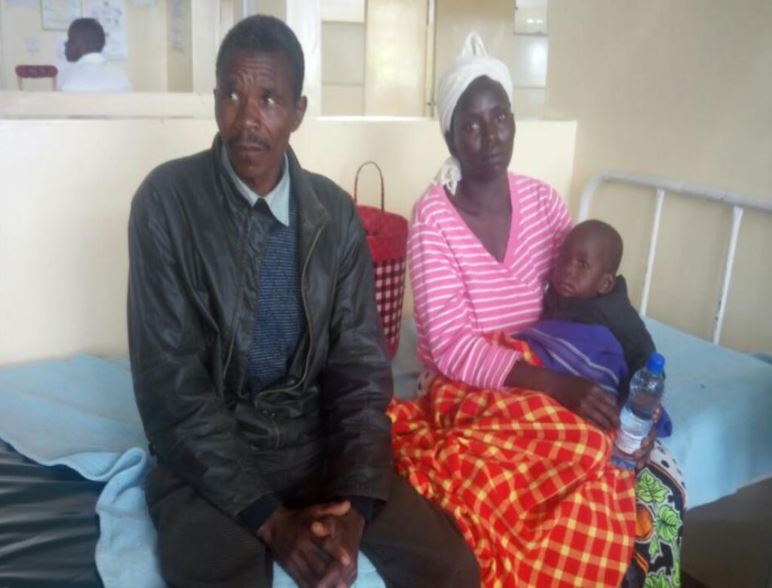 Another disturbing case of doctors discovering sewing needles lodged in a child’s body has been reported at Kapenguria County Referral Hospital.

The medics found seven needles lodged in the body of a 3-year-old baby girl – Dorcas Chepchumba. Five of the needles were found lodged in her abdomen while the other two are on her back.

The toddler from Kangilikwagan village was admitted to the hospital on Tuesday with abdominal pain, cough, and fever.

She has been under the care of her grandparents since her mother got married elsewhere. The grandparents said they don’t know how the needles got into the child’s body.

Emily Ling’aa, the grandmother, said Chepchumba has been unwell for the past one year.

“Chepchumba’s mother abandoned her at my home due to the frequent illness. She gave me the child to take care of after she got married to another man.”

The woman said they thought the child was suffering from a normal disease when she complained of stomach upsets.

“We thought that she was bewitched because the child doesn’t belong to the family where my daughter is married,” Ling’aa said.

“We have been taking her to dispensaries and giving her painkillers,” she told journalists on Wednesday. 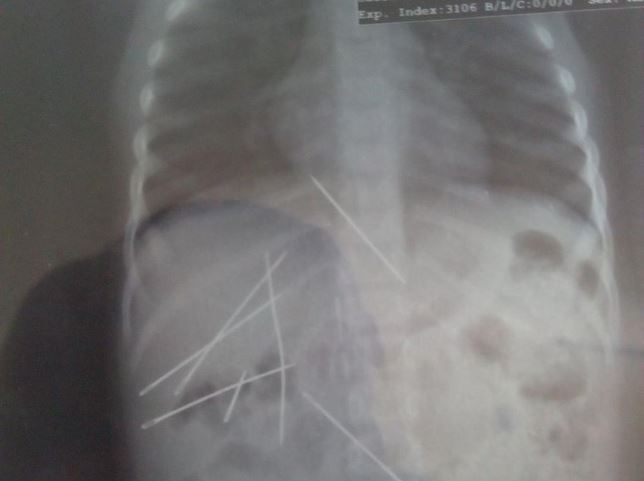 The family is now appealing for help to cater for the child’s treatment saying they cannot afford the cost of the surgery. Baby Chepchumba has been referred to the Moi Teaching and Referral Hospital in Eldoret for the procedure to remove the needles.

Police have since been informed and they have launched investigations into the matter.

“Doctors at the hospital believe the needles were inserted into the child’s body…this is mistreatment of children,” said Ibrahim Longolomoi, West Pokot Health chief officer.

The shocking discovery comes months after a similar case was reported in Thika last December; a 10-month-old girl was found with 14 needles lodged in her backside. 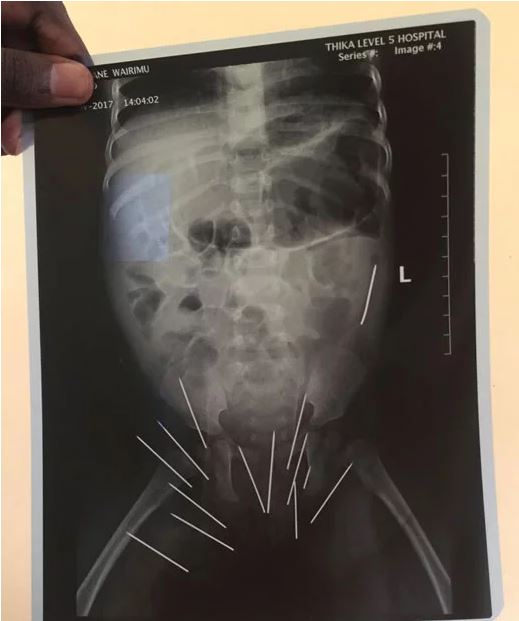 Hilarious Meme Compilation (Friday May 4) < Previous
All The Trending Images This Furahiday Next >
Recommended stories you may like: