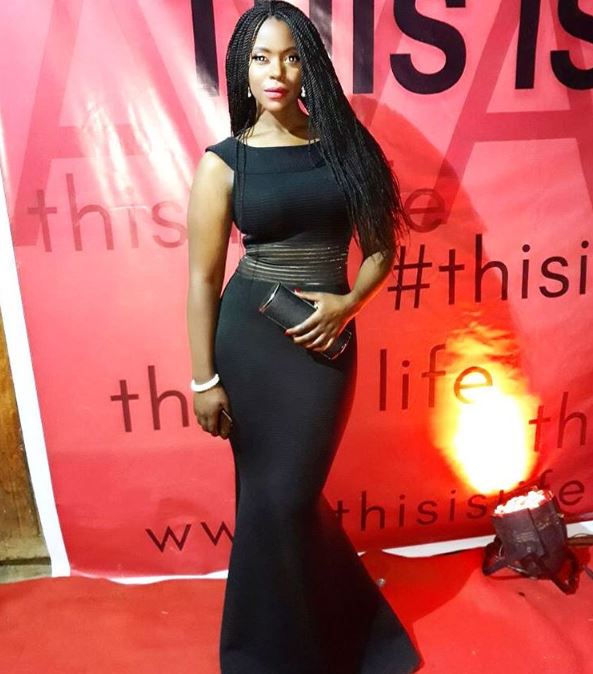 Melissa Kiplagat is a Kenyan actress who after completing her Economics degree at Brown University in 2013, pursued an acting career in her home country.

She began her career in the theatre, starring in over 15 plays, before transitioning into film and TV. She is known for various TV roles including Barbara New Beginnings and her lead role, Justine in the TV show News Just In.

She has starred in short films, most notably in the film Kaleidoscope, which earned her a Best Actress Nomination in the 2017 Kalasha Awards.

In late 2016 she attended Mountview Academy of Theatre Arts and completed her MA in Acting in late 2017.

She opened up about her passion.

Why pursue an undergraduate degree in Economics at an Ivy league university yet end up acting?

Growing up, I had two opposing dreams for my future; to be an international actress or to have a successful career on Wall Street. I picked the safe option for university, Economics. But I’m very grateful I made that choice because, not only do I have that degree in my pocket forever, but I can now pursue acting without ever wondering ‘what if’.

In 2016, you completed your Masters in Performance from Mountview Academy of Theatre Arts, can you say acting is your first love as you put it and why?

I remember watching a lot of Mary Kate and Ashley movies when I was pretty young and just knowing intuitively that that was what I was called to do. And this was before I’d ever even acted anywhere. So I guess acting was, quite honestly, my only love. Nothing else has ever made me feel like that.

You had the privilege to be trained by the best actor trainers in the US including Lowry Marshal and Kym Moore, how was that?

I will always be eternally grateful to Lowry Marshal. She led the first acting class I did at Brown University. And the first time I walked into her studio I knew I was home. Months later when I told her I wanted to pursue it professionally, even though I was pursuing an Economics degree, she was nothing but supportive. She still is to this day. She helped me change my life. I’ll never forget that. And to be taught by the most amazing trainers both at Brown and Mountview has been beyond a blessing. I don’t even recognize the actor I was before they worked their magic. I still have multiple filled notebooks from their classes that I still go to for tips.

You have done a lot in the industry, like performing in over 15 plays both in Kenya and in the UK, including Apples from the Dessert, Penelopaid and Simba, tell us how that came to be?

I graduated from Brown in mid-2013 and came straight home. A few months later I saw that Phoenix was holding auditions and I went. A week later I was called in to start rehearsals for my first play. After that I did a string of plays at Phoenix but also with Friends Ensemble and FCA at Alliance Française. And when I went to do my Masters, I got to do plays in London as well which was an awesome experience. I love the stage, and if they paid well, I’d probably do way more plays. But alas bills must be paid.

Do you come from an acting family?

(Laughs) My dad would like to say yes but I roll my eyes at that. Apparently he used to be quite the actor in his school days which I find hilarious. I’m the only professional actor in my family, but I do have a little cousin, Angie, who I think is going to be the next big thing. She’s such a natural star.

Is This Is Life web series the first for you in Kenya, and how was it like to be directed by Jennifer Gatero?

I’ve done a few appearances in shows like How To Find A Husband and New Beginnings. I also starred in a show called News Just In, produced by Alex Konstantaras and Lizz Nyagah, which aired in some southern African countries I think. But this is my first main role that will be seen by a larger Kenyan audience. Working with Jen has been the highlight of my career. She is an incredible writer and an amazing director. She knows how to push her actors and make us work. And I love it!

In a way, does the quality of your acting depend on the director or the script you get?

The thing with our work, is it’s a team effort. All parts need to be strong to get a strong product. Hence the reason you’ll sometimes hear things like, “They’ve really wasted that actor”. As an actor, if the writing is poor, you have to do your best to cover that either by ad libbing – if that’s allowed – or adding expressions to better tell the story. Without a good director, you’re kind of alone to figure things out and you might notice a lack of cast synergy. But I don’t like making excuses for a poor performance. I’ve seen amazing performances from actors with poor scripts and directors, so while it’s harder, it’s still your job to give a great performance. Work with what you have.

Describe your acting in three words and how you would improve it.

Jeez, that’s hard. I think I’d say honest, reactive and alive. There is a lot I want to improve on. I definitely want to be more vulnerable and free or fluid, movement-wise.

Do you think Video On Demand (VOD) has market in Kenya?

Let’s put it this way. I don’t really watch TV anymore and I don’t have friends who do. Everyone I know watches their movies and shows online. So I think there is definitely a market. I feel like it’s the direction the industry is moving in world-wide.

Given a chance, how would you improve and promote the Kenyan film industry?

How would I personally improve the industry? I was blessed to get a very intense training for my Masters and as a Kenyan I do feel obligated to pass on what I learnt so I definitely want to do a string of workshops to pass on tips to actors here who may not get the opportunity I did. I really wish more actors who leave Kenya and get training and experience would return and do the same. How could I promote the industry? By doing good work. I think good work speaks for itself and speaks louder and will be heard further than any interview, blog or press release. Just do good work and the recognition will come. Hopefully. Haha.

What can you say has been the biggest role in your career?

That’s a hard one. My Solo Show: The Girl Who Belonged But Didn’t was probably my biggest because I researched, wrote, directed, produced and acted in it completely on my own. It was also my most fulfilling. In terms of audience reach however, This Is Life will probably (hopefully) be my biggest yet, which is exciting.

What character was the toughest for you to change into?

During my Masters we did a play called The Last Days of Judas Iscariot which basically put Judas on trial for Jesus’ murder. I played two of the witnesses called to the stand: Pontius Pilate and Simon the Zealot. We were among the audience so no backstage to change into the next character. And these were some strong personalities with really big speeches. So I had to prepare while sitting and looking engaged as the play went on and then jump up as a completely different character with a completely different mood and opinion and a different accent. I was scared of those roles when I got them and I loved that. I love a good challenge.

What more can we expect in the coming months?

This year, God-willing, I’m going to be doing a lot with This Is Life so look out for a few seasons of that. I’m really, really excited to continue working on that project. I know I’m in it but I’m such fan of the show; amazing actors. Otherwise, I’ll definitely be doing some actor workshops and hopefully will get to do some more screen and stage projects.