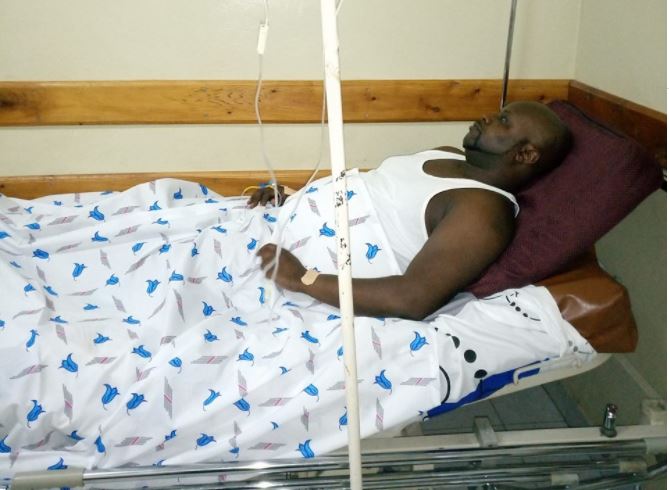 Celebrated Nairobi-based musician Jean-Pierre Nimbona, popularly known to many as Kidum has been discharged from hospital after he was allegedly poisoned.

The Award-winning musician was reportedly poisoned over the weekend while in his native Burundi where he had gone to perform at the La Francophone concert which was held on Saturday, March 24 at the University of Bujumbura.

”I am in danger! I suspect being poisoned,” said Kidum.

Breaking the news on social media himself, the “Number Moja” hitmaker revealed he had been discharged from hospital on Monday and was due to travel back to Nairobi but was denied permission to fly because he was too weak.

Speaking from his hospital bed, Kidum disclosed that the poison had affected his kidneys.

“I was about to be discharged but the hospital has just changed that decision because they have just discovered that the poison has spoilt my kidneys . pray for me . My enemies have to be defeated by your prayers . Yesterday I was discharged but the officials of Kenya airways decided not to let me travel because of my condition. So I was brought back to hospital and now I am not allowed to go. I am in this hospital to stay the way I see it,” wrote Kidum.

The Haturudi Nyuma singer further rebuked whoever was behind the poison attack saying they will never succeed.

“Whoever did this is trying to eliminate an innocent soul. I am covered with the blood of Jesus. My enemies! You will never succeed. If I die, thousands of Kidums will come up and still continue my mission,” he wrote.

The singer has since been discharged and took to social media to praise God for pulling him through from a life-threatening ordeal.

Watch: Rick Ross Sends Message to Kenyan Fans Ahead of Nairobi Visit < Previous
Revealed: Ruto Leads 2022 Presidential Polls as Joho Ties With Raila Next >
Recommended stories you may like: