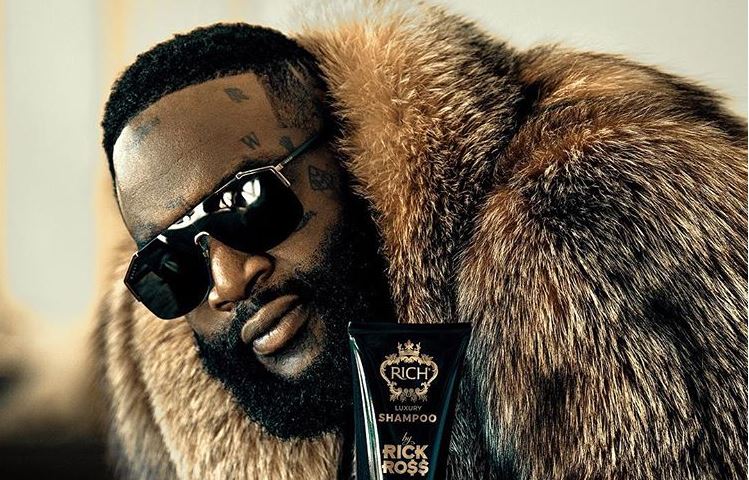 News of his arrival grabbed headlines a little over a week ago but it was met with doubts with some sources claiming that it was fake.

But in a video released on Tuesday afternoon, Rick Ross himself confirmed the show slated for April 28, 2017, at the Carnivore Grounds.

“Whaddup Nairobi it’s the biggest boss in the game Ricky Rozzay. It’s my first time coming here so this is a very special event. The boss Rick Ross we bossing up on the #NRGWave, April 28th. I’mma see you April 28th, biggest boss!”  the Black Bottle Boy said.

We interrupt your regular timeline to bring you this special announcement from @nrgwaveke and THE BO$$ @RickRoss #NRGWave pic.twitter.com/zKE60ojhxk

Gates open at 6:00 pm and the event will go all the way till early morning around 3:00 AM.

A number of local A-list artists will also share the stage with Rick Ross.

Raila To Take Legal Action Against Cambridge Analytica, Facebook < Previous
Kidum Narrowly Escapes Death After Suspected Poisoning Next >
Recommended stories you may like: