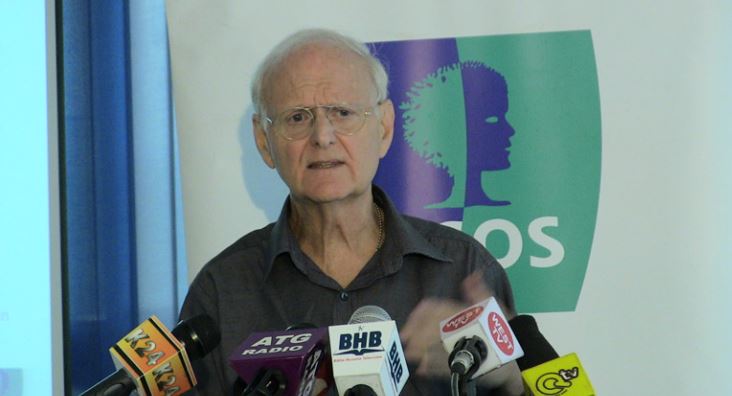 21 percent of the respondents said the DP is not very likely to succeed President Uhuru Kenyatta but held that there is a possibility.

The three were followed by ANC leader Musalia Mudavadi at eight percent whereas Wiper’s Kalonzo Musyoka and Machakos governor Alfred Mutua were rated six percent each for those who are certain they will be president.

The survey further revealed that 42 percent of respondents were sure that Raila was not going to be the president in 2022. Mutua came in second with 39 percent saying he can’t be president.

Mutua was followed by Kalonzo at 37 percent, Joho at 36 percent, Mudavadi  35 percent, Moi at 23 percent and Ruto at 21 percent.

Tom Wolf, however, noted that the survey was carried out before the Uhuru-Raila handshake earlier this month hence it could not have affected the results.

At least 60 percent of Kenyans who took part in the study reported that Kenya is headed in the wrong direction.

The survey interviewed 2,003 respondents across 45 counties. Data Collection Methodology was Face-to-Face interviews at the household level.

Kidum Narrowly Escapes Death After Suspected Poisoning < Previous
The Hottest Stories on the Internet Today (Thursday March 29) Next >
Recommended stories you may like: