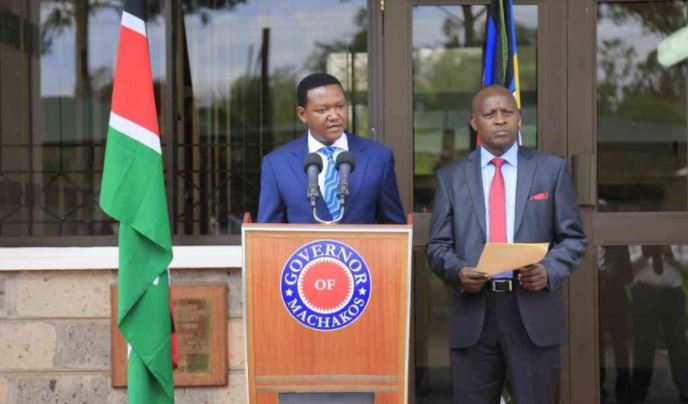 Machakos Governor Alfred Mutua has responded to the viral Kikuyu song “Ikamba” describing it as despicable and evil.

The song, composed and performed by artistes Isaiah and Waharaka, is being investigated by the National Cohesion and Integration Commission on allegations of hate speech.

Speaking to reporters Wednesday, Governor Mutua noted that Kambas and Kikuyus descended from the same ancestors.

“We have traditionally referred to each other as in-laws – athoni. We are one people separated by the area where we traditionally call home and influxes of the same language.”

“We strongly condemn utterances and actions that perpetuate tribalism and hatred among the Kamba and Kikuyu. A hate song targeting a community is not only evil but also unacceptable,” he added.

The Machakos County boss further said it was improper to blame one community for trading in charcoal and to release a hate song over the actions of a few.

“Destruction of property and vigilante actions only happen in a lawless country. The Kamba and Kikuyu are friends who live peacefully with each other and condemn acts that perpetuate discord,” said Mutua.

The Maendeleo Chap Chap leader also asked leaders to preach and practice love, tolerance, and peace, and understand that their actions and statements affect the behaviours of their people.

Mutua was speaking flanked by his Nyeri colleague Edward Mutahi.