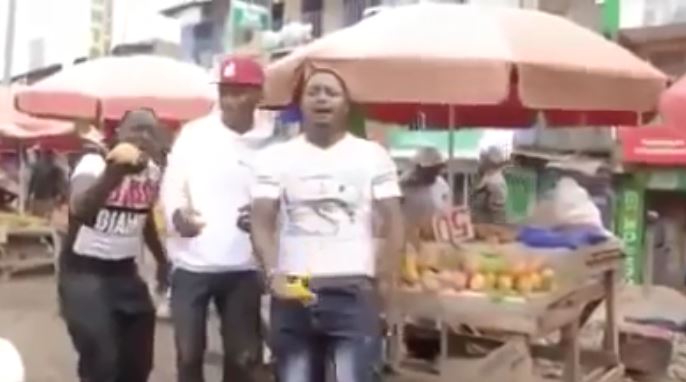 The NCIC has finally moved to quell a social media uproar caused by a Kikuyu song known as ‘Ikamba’ for alleged insults against members of the Kamba community.

The song, composed and performed by artistes Isaiah and Waharaka, was posted on Youtube on Sunday. It soon went viral as Youtube users called it out for its offensive content against people of the Kamba community.

In the song, the duo asks what the Kamba community will eat now that the mango season is over and suggest that they will now feed on dogs and wild birds.

The song’s video also shows footage of the burning of a Toyota Probox in Mwingi last week that was reportedly set ablaze by residents for ferrying charcoal.

In addition to the ban by the Kenya Films and Classification Board (KFCB), the song is being “seriously investugated” by the National Cohesion and Integration Commission.

NCIC Chairman, Francis Ole Kaparo, said officers were looking into the contents of the song.

“The matter is seriously being investigated by both the NCIC and the CID. I expect feedback shortly. In the meantime, I appeal for calm and urge all Kenyans to avoid irresponsible and reckless incitements,” said Kaparo yesterday.

According to the commision, the song’s objective is to mock one community and deride its members over the ongoing charcoal ban in Ukambani.

A section of leaders from the Ukambani region, led by Makueni Senator Mutula Kilonzo Jr, have since called for action against the singers.

“My office will lodge an official complaint with the Director of Public Prosecution and the NCIC,” Mutula said.

He asked the public not to circulate the video as this gives it unnecessary credibility.

“In the fullness of time, the two will face the music,” he added.

Anerlisa Muigai Defends Offensive “Obesity is a Choice” Remark < Previous
The Hottest Stories on the Internet Today (Wednesday March 7) Next >
Recommended stories you may like: