Why Babu Owino Wants Nairobians To Give Sonko A Break 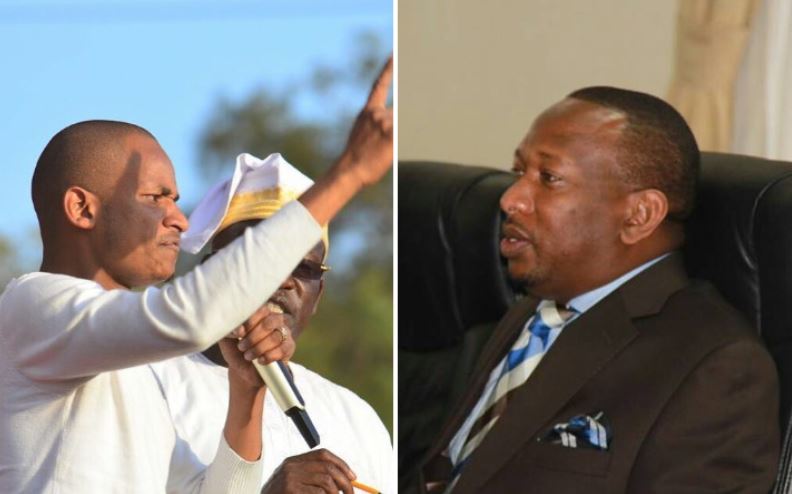 You know Babu Owino has turned over a new leaf when he defends a political foe, especially if that foe is Mike Sonko. The controversial Embakasi East MP has been impressive this year, vowing to engage in less drama and work more.

For someone who probably has his eye on the Nairobi gubernatorial seat in the near-future, Babu Owino has surprisingly moved against the tide and jumped to the defense of embattled Mike Sonko.

The Nairobi County boss has come under fire from city dwellers for underperforming in the five months he has been in office.

But Babu Owino is of the view that Nairobians are judging Sonko unfairly as it’s still too early in his term.

The former student leader took to his Facebook page to urge city dwellers to give Sonko a chance to deliver on his promises because “leaders are chosen by God.”

He added: “People should judge Sonko’s performance at the end of his 5-year term. I find it unfair that the electorate piles premature pressure on leaders chosen to serve a full term.”

“Yes, the governor could have made promises to the electorate, saying he would accomplish them within his first 100 days in office. But, I would like to say those were promises made to appeal to the electorate. They are what I call political promises. Even voters are not foolish; they know that some promises are made for their psychological happiness. Though, they’d want you to make the promises anyway,” said Owino.

Sonko, a Jubilee Party diehard, and Owino, a NASA coalition rooter, have maligned each other in public several times, with either of the two hurling unprintable toward the other.

But Babu Owino appears to have put all that behind him saying: “I have no problem with Mr Sonko. I have no reason to start fighting him. I wish him all the very best in running the city.”

“Service to the people is not dependent on which political party a leader is aligned to. I choose to defend him because he is the governor of Nairobi County, which is inhabited by NASA and Jubilee supporters, among followers of other political formations,” added Owino.

How Octopizzo Plans to “Take” Late Parents to the Grammys After Getting Rare Invite < Previous
Hilarious Meme Compilation (Friday January 19) Next >
Recommended stories you may like: