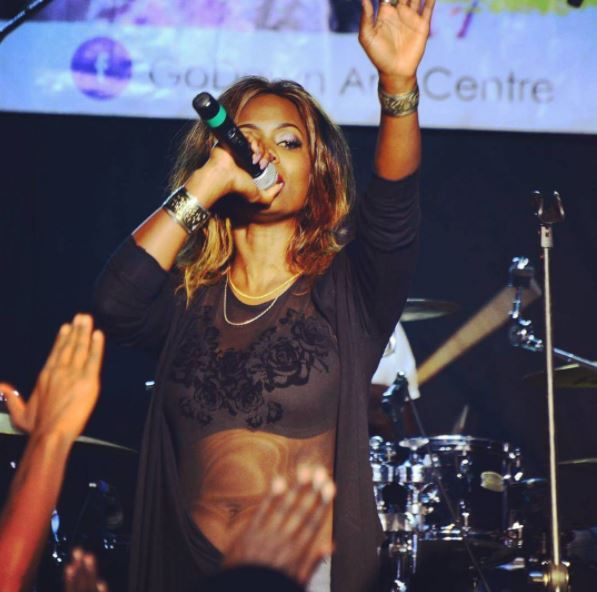 Sanaipei Tande is once again the victim of body shaming after a local daily pullout published a disparaging comment about her tummy.

Buzz Magazine, the Sunday pullout from the Daily Nation, shared a photo of Sanaipei performing and captioned it “Sanaipei Tande and her tummy on stage.” 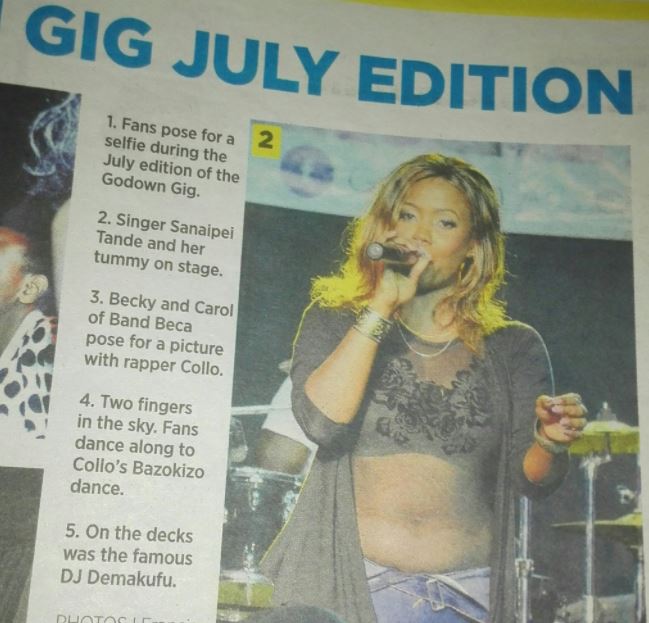 But taking to social media, the sultry  ‘Mfalme wa Mapenzi’ singer laughed off at her critics saying she was proud of her tummy.

“Tumbo bado ni yangu,” joked Sanaipei in one of her exchanges with social media users.

Read some of her tweets below. 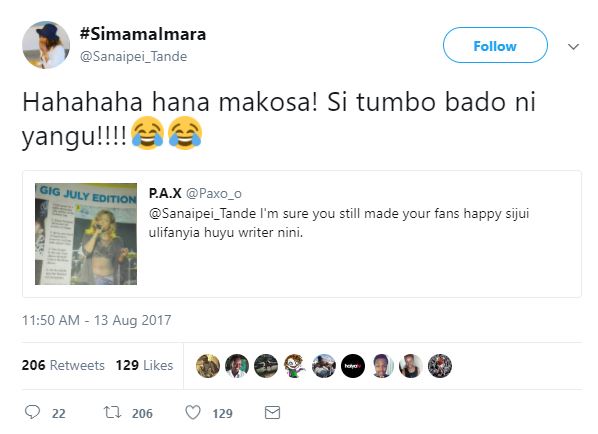 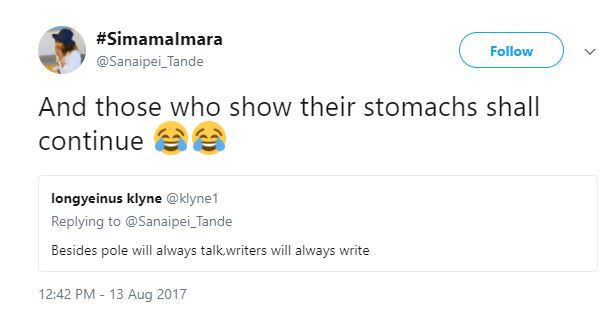 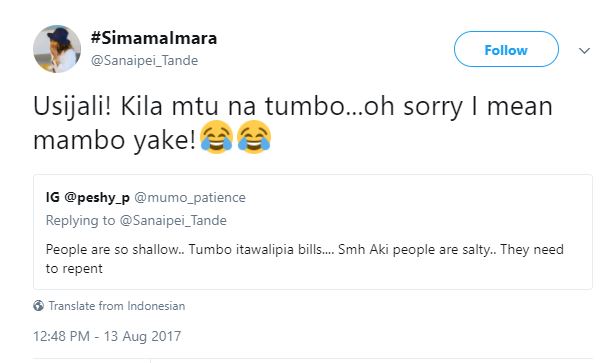 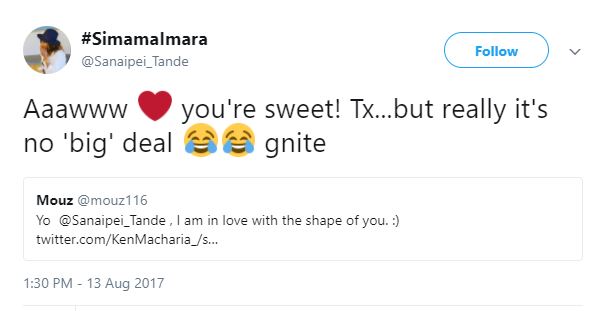 Only in Kenya: Here’s That Pimped Out Bodaboda with Three Screens – Video < Previous
‘Dear Githeri Man, Kenyans Will Soon Forget About You’..Jalang’o’s Wise Words to Internet Sensation Next >
Recommended stories you may like: